URBANbuild 8 was completed in collaboration with Harmony Neighborhood Development, a local community development corporation with a mission of working to help create a more vibrant Central City and New Orleans. The organization had been focused on revitalizing LaSalle Street, one of the neighborhood’s major but blighted commercial corridors, and was seeking ways to celebrate the community’s informal economies and promote the economic couture of Central City.

In this year’s design studio, students worked on schemes for a series of mixed-use facilities consisting of retail space at ground level with housing units located above—a project of substantial scale compared to the first seven URBANbuild homes. Concurrently, a group of students was also developing a planning and outdoor landscape strategy for a vacant lot on LaSalle: an outdoor market where neighborhood artisans, makers, and chefs could sell their products and grow their small businesses.

The director of Harmony Neighborhood Development saw potential in the markets, and with her encouragement, the project was further developed as a series of 6 movable market units or “pods” that rolled on metal tracks so that the site could be arranged in a number of ways. The pods were constructed off site and rolled through the city on rubber wheels, which were replaced with metal casters that could glide easily on tracks the students had installed in the landscape. Power supplies to each pod were integrated into benches the students designed and built as part of the landscape strategy. It was anticipated that, eventually, when that lot was developed as part of a the LaSalle commercial corridor, the pods would be dispersed into the community or relocated to help effect a similar revitalization in another neighborhood. 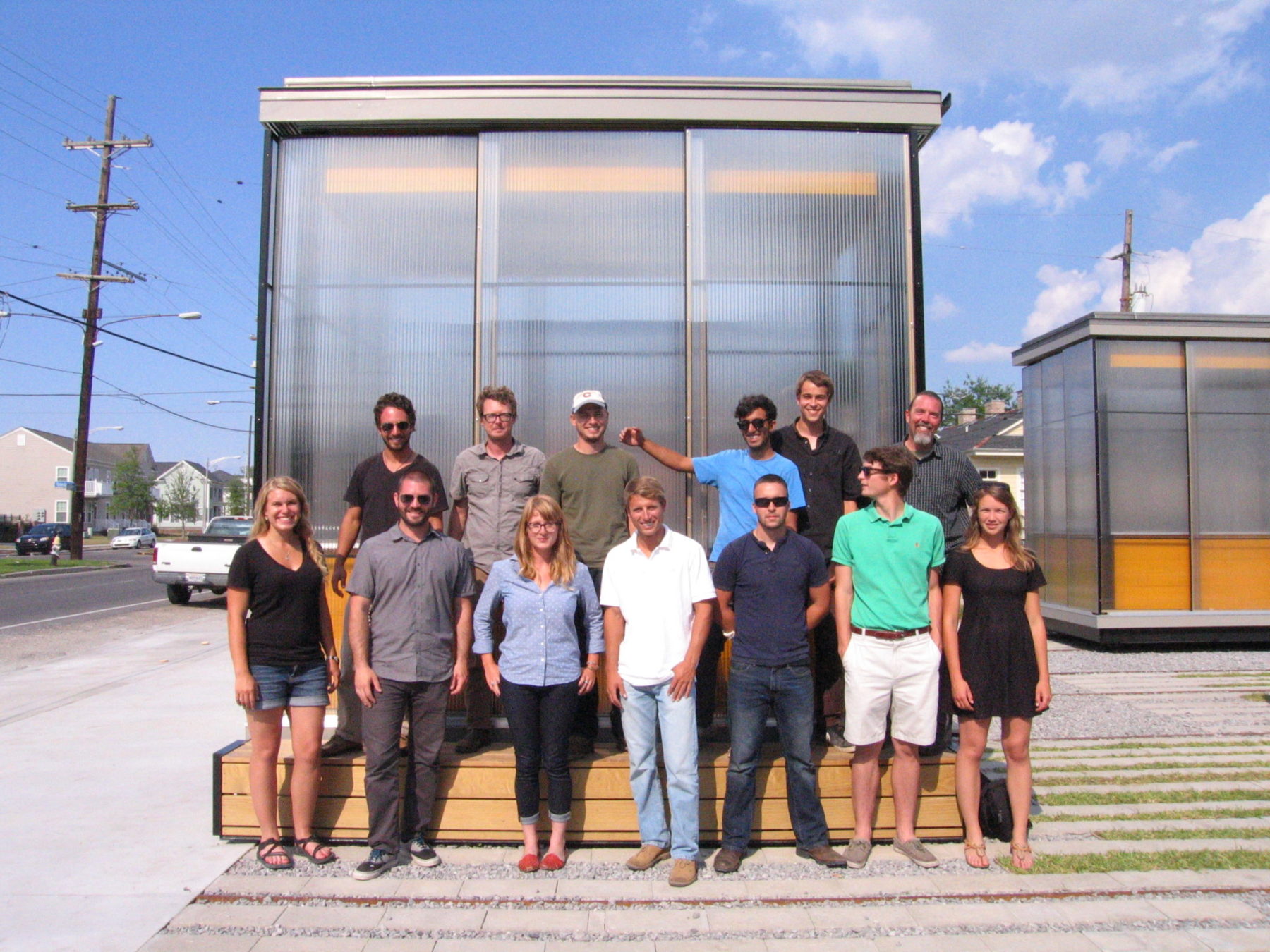 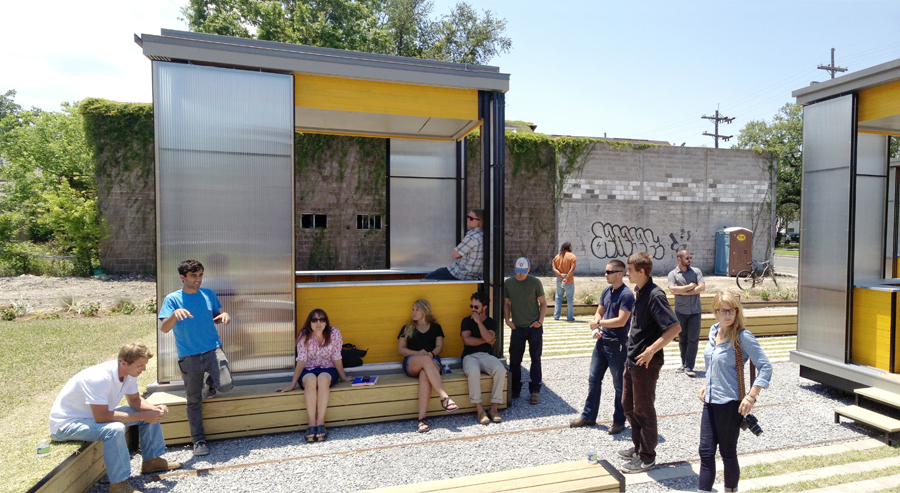 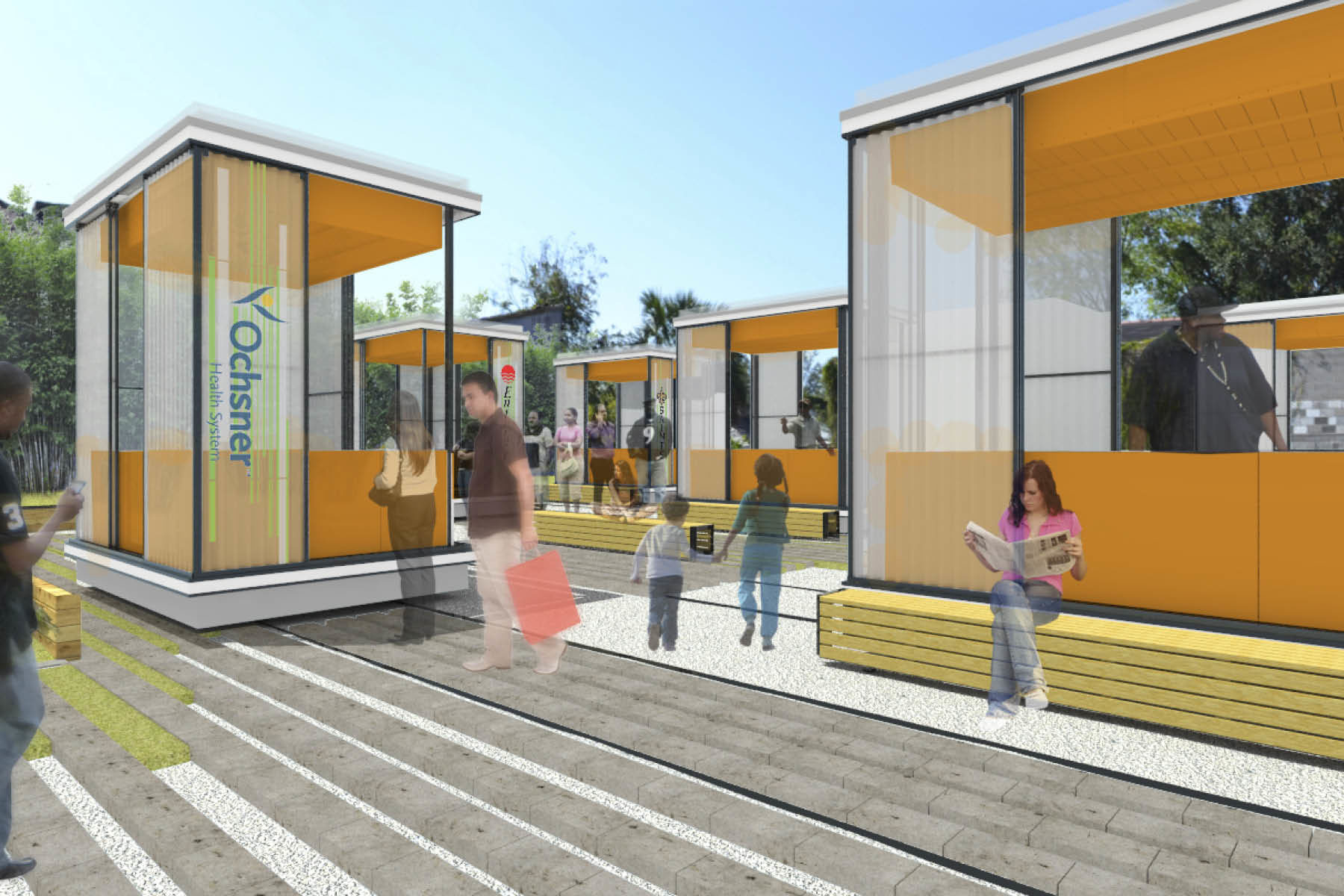 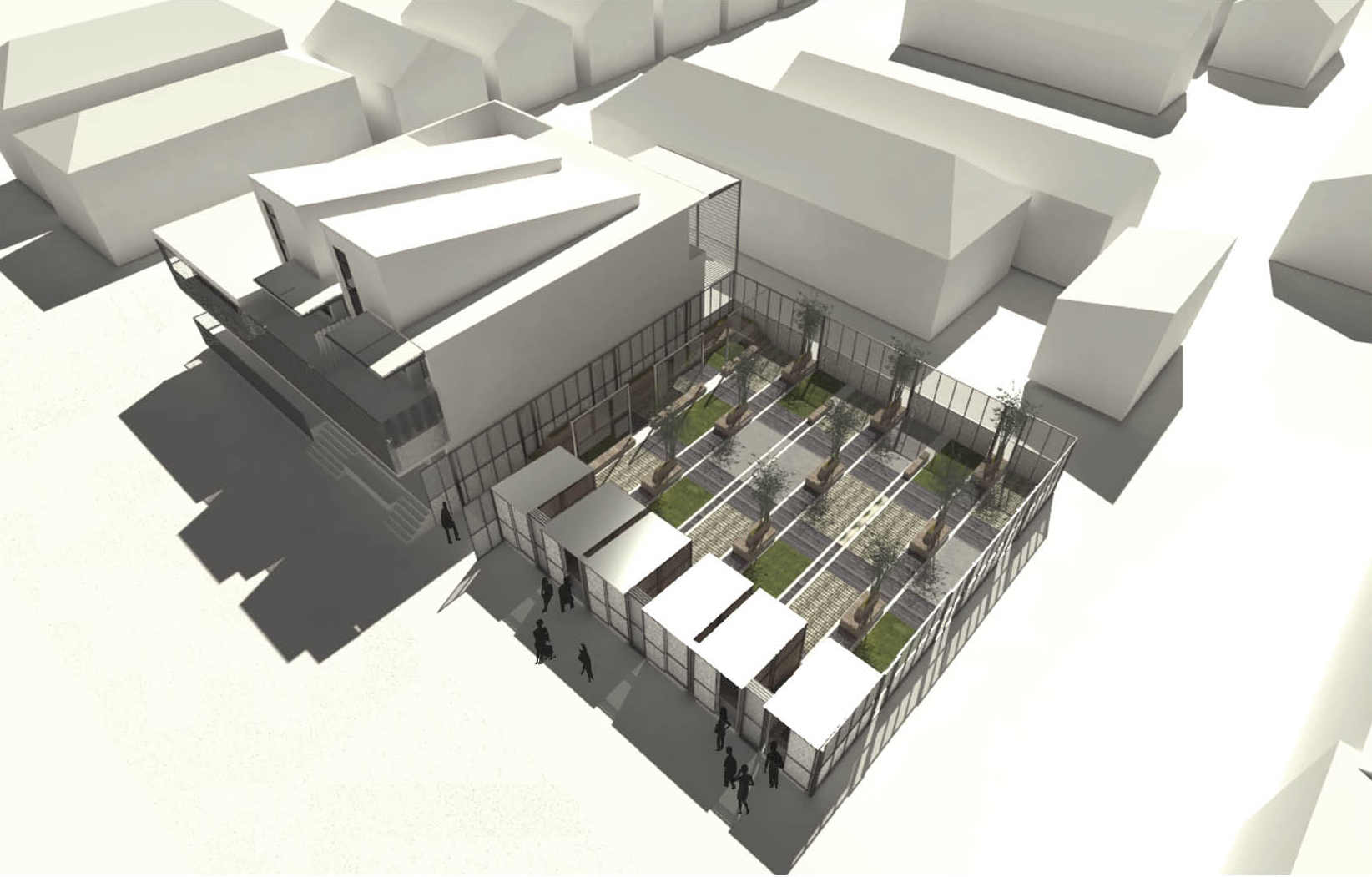 “It was cool return to the market a year later and see it being used. It engaged the community, it was run by community members, I think it was very contextual. It doesn’t really look like anything in the neighborhood, but it was contextual… it was public landscape.” 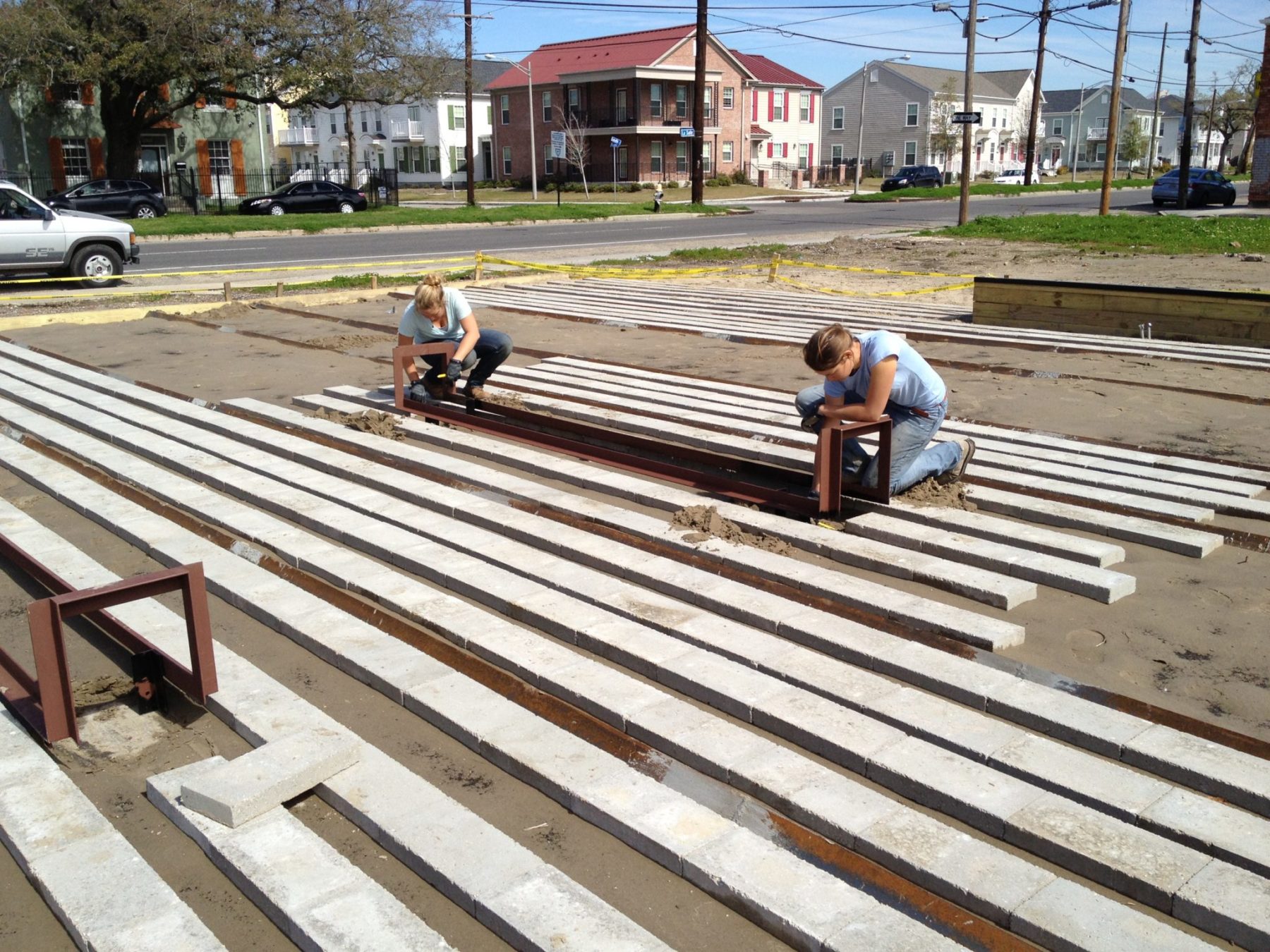 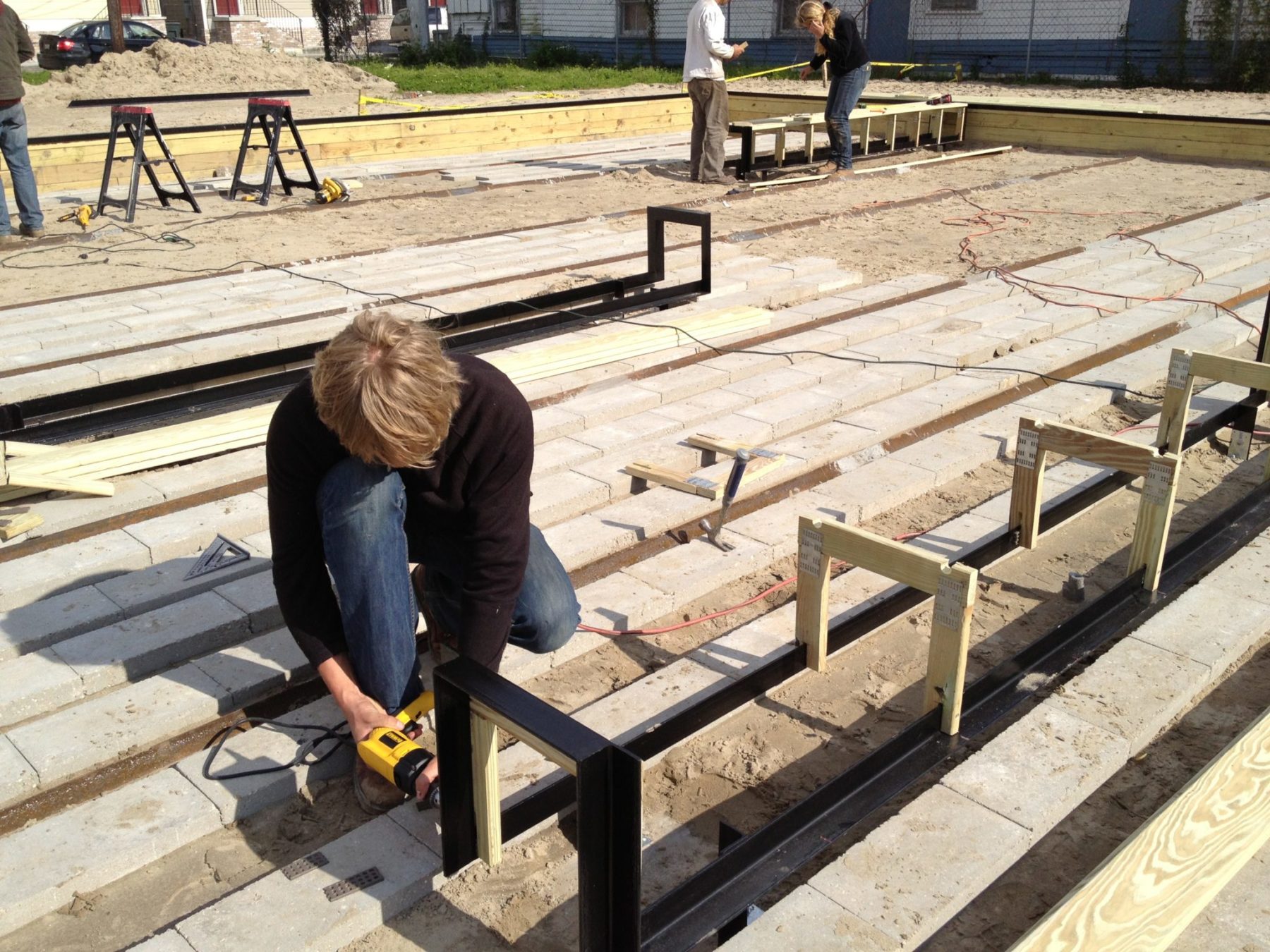 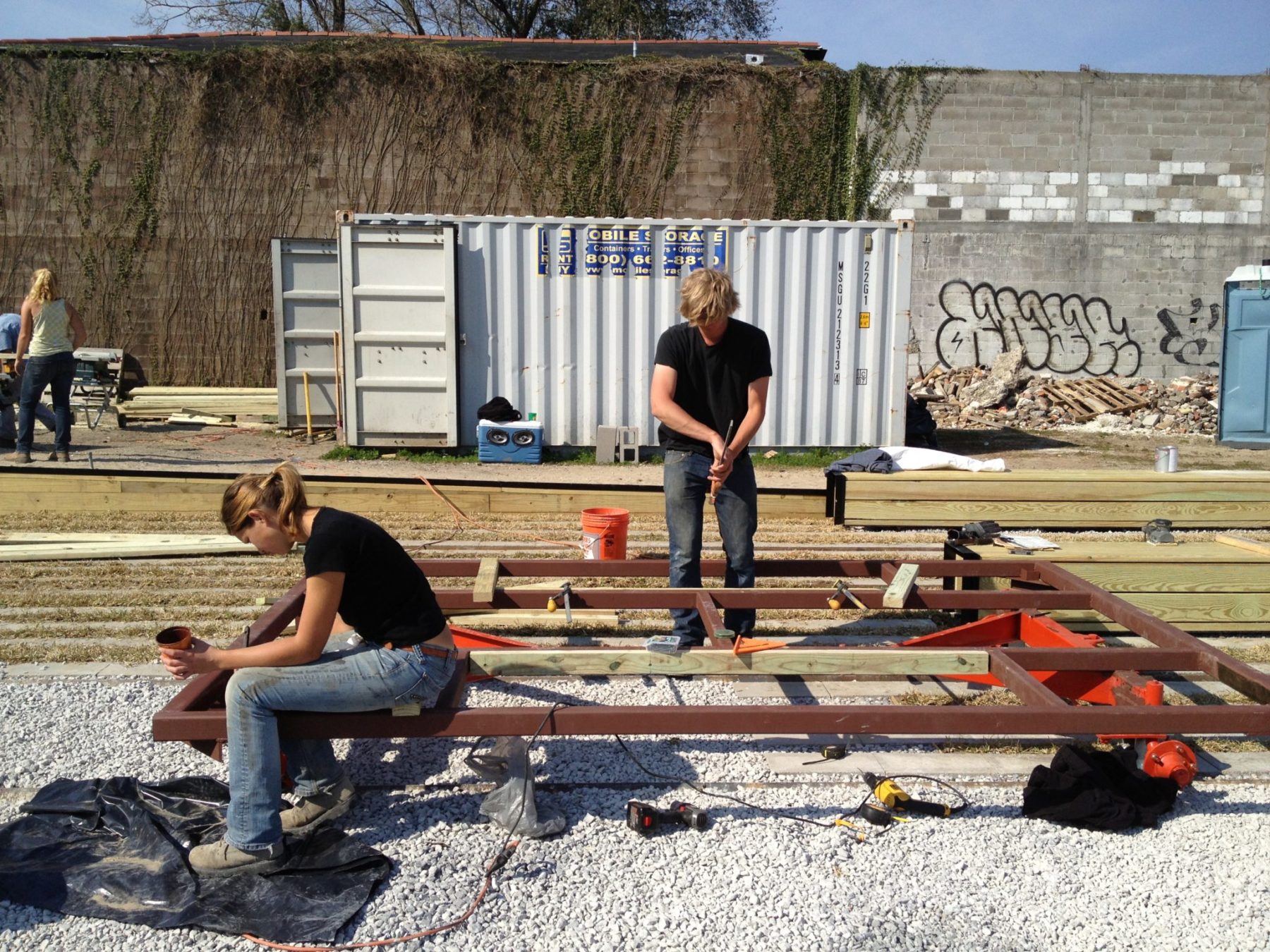 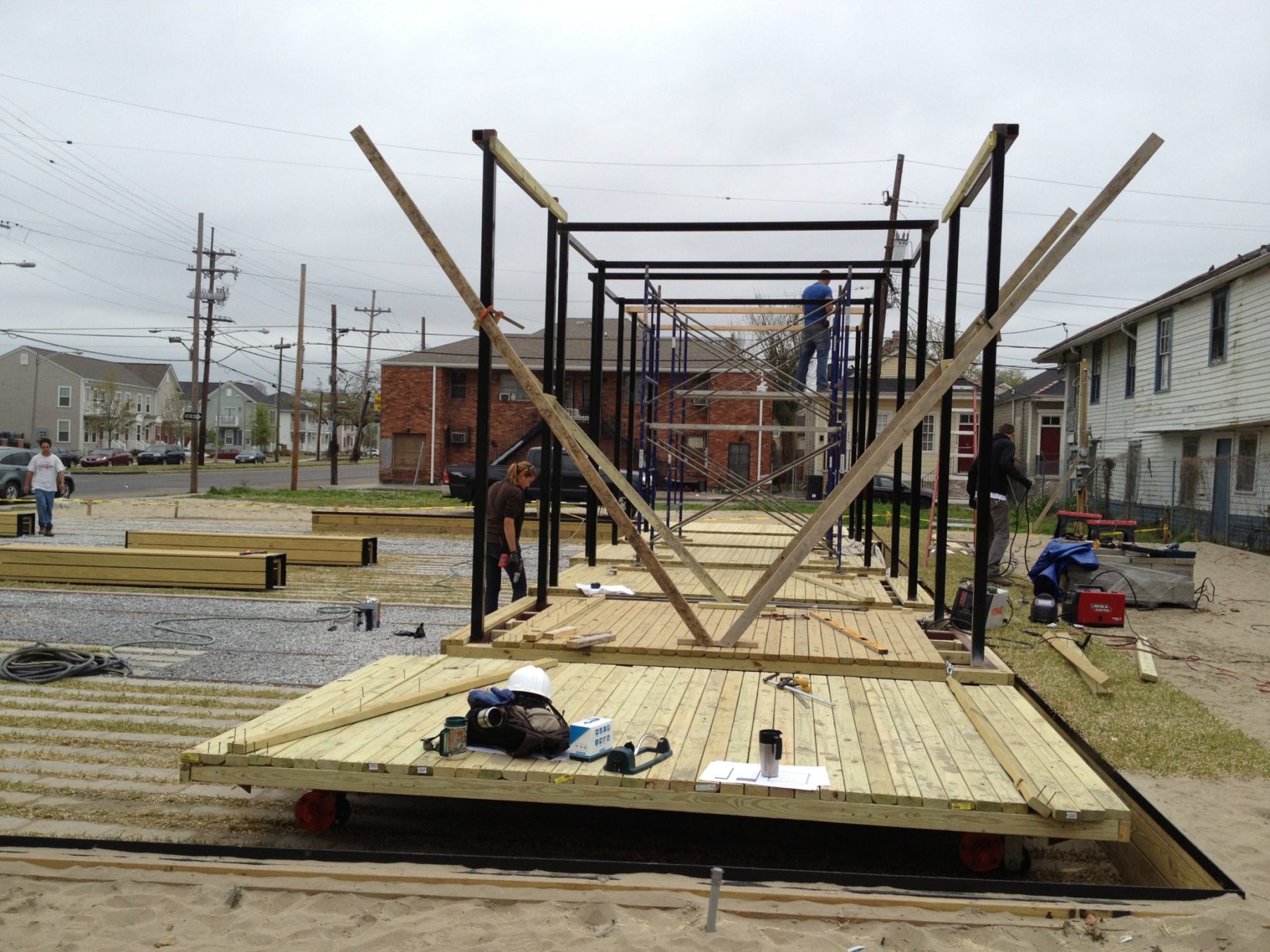 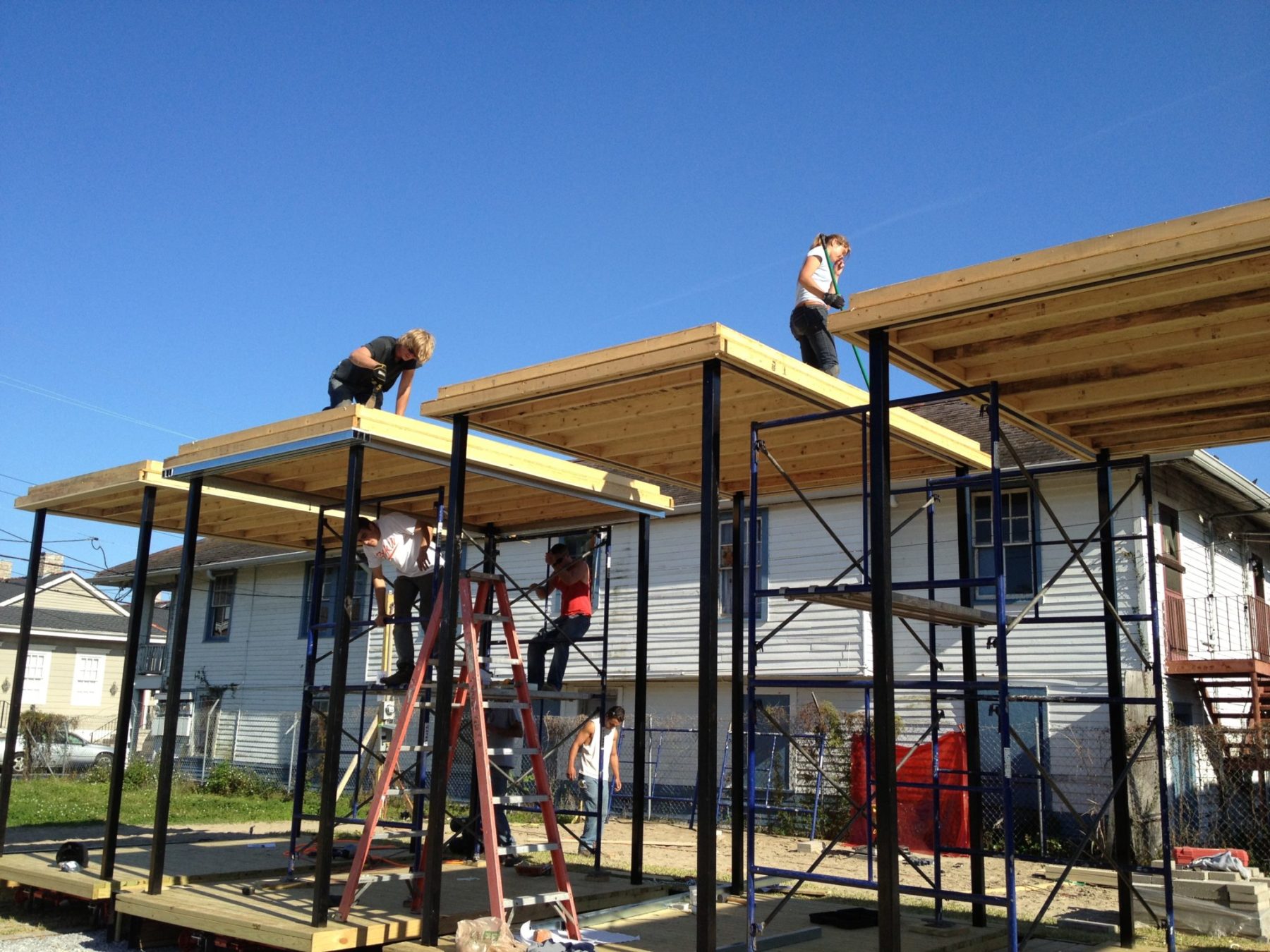 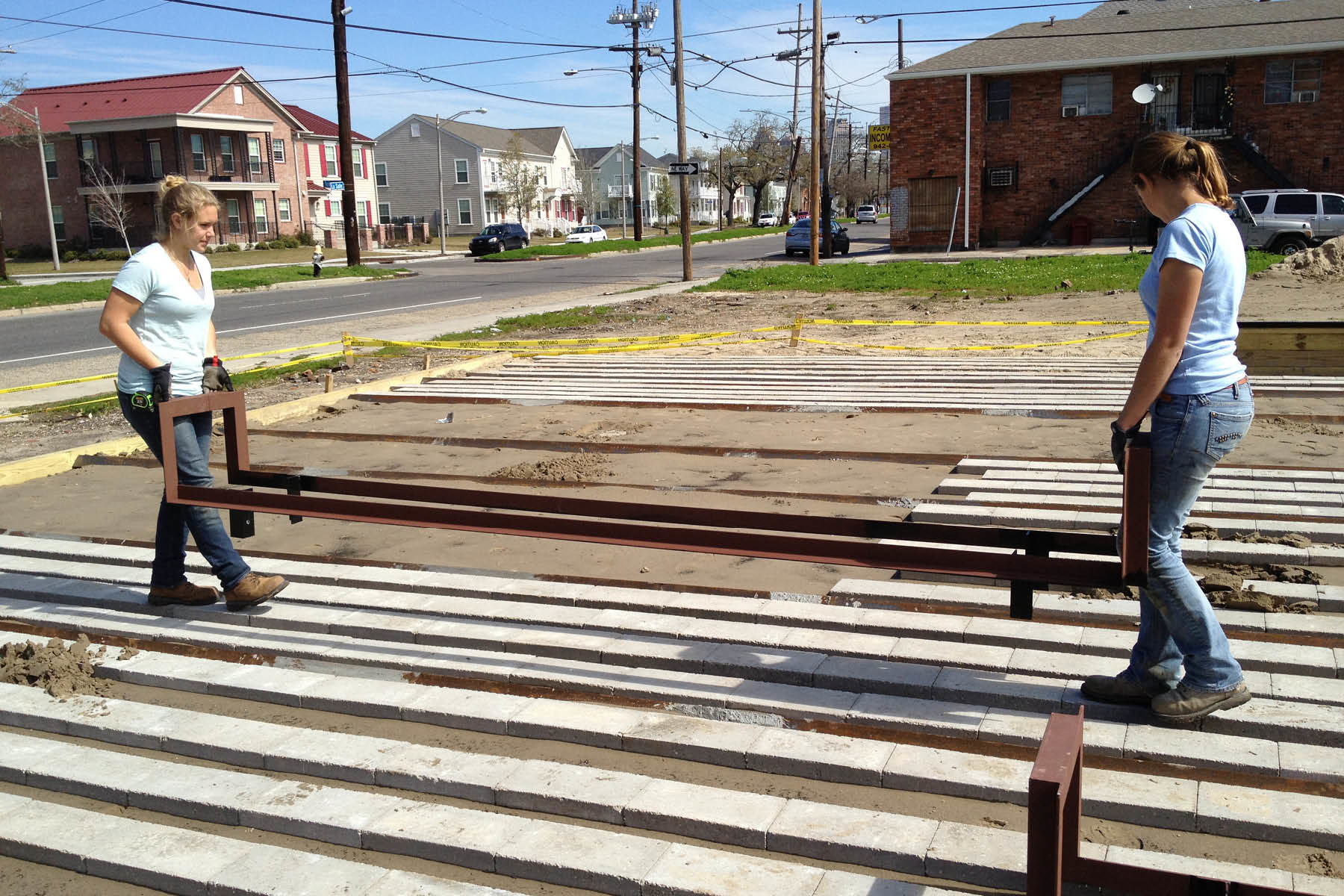 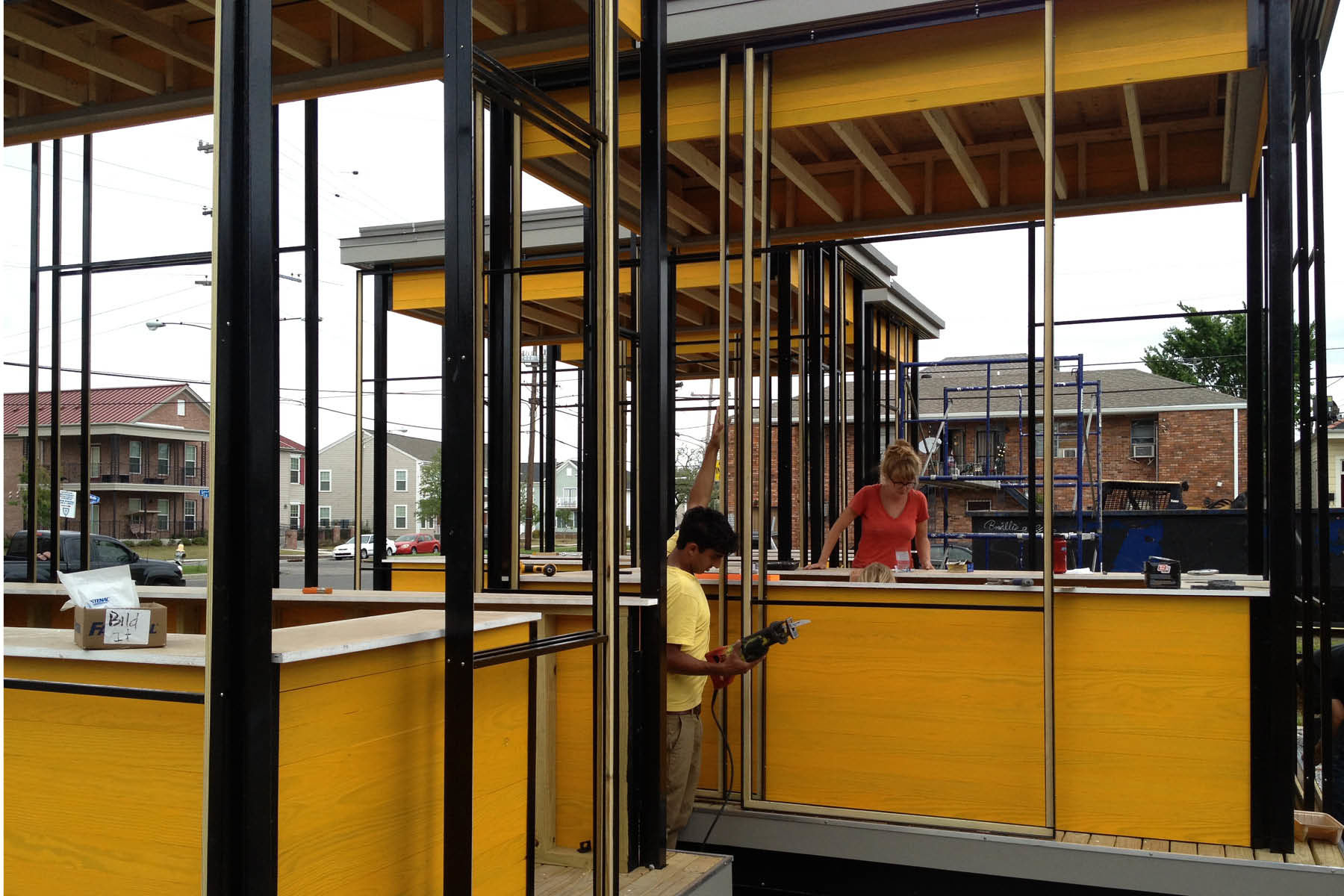 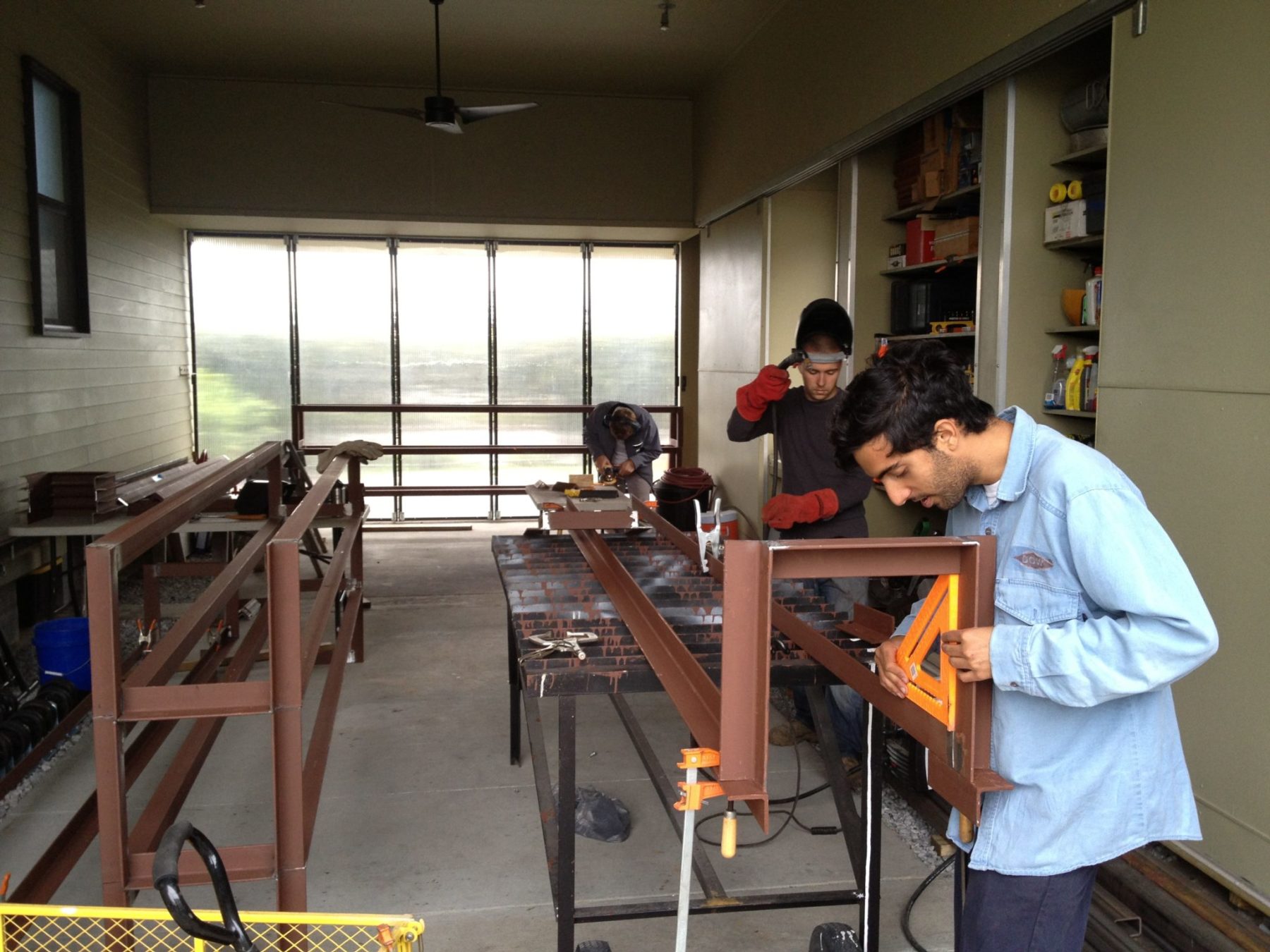 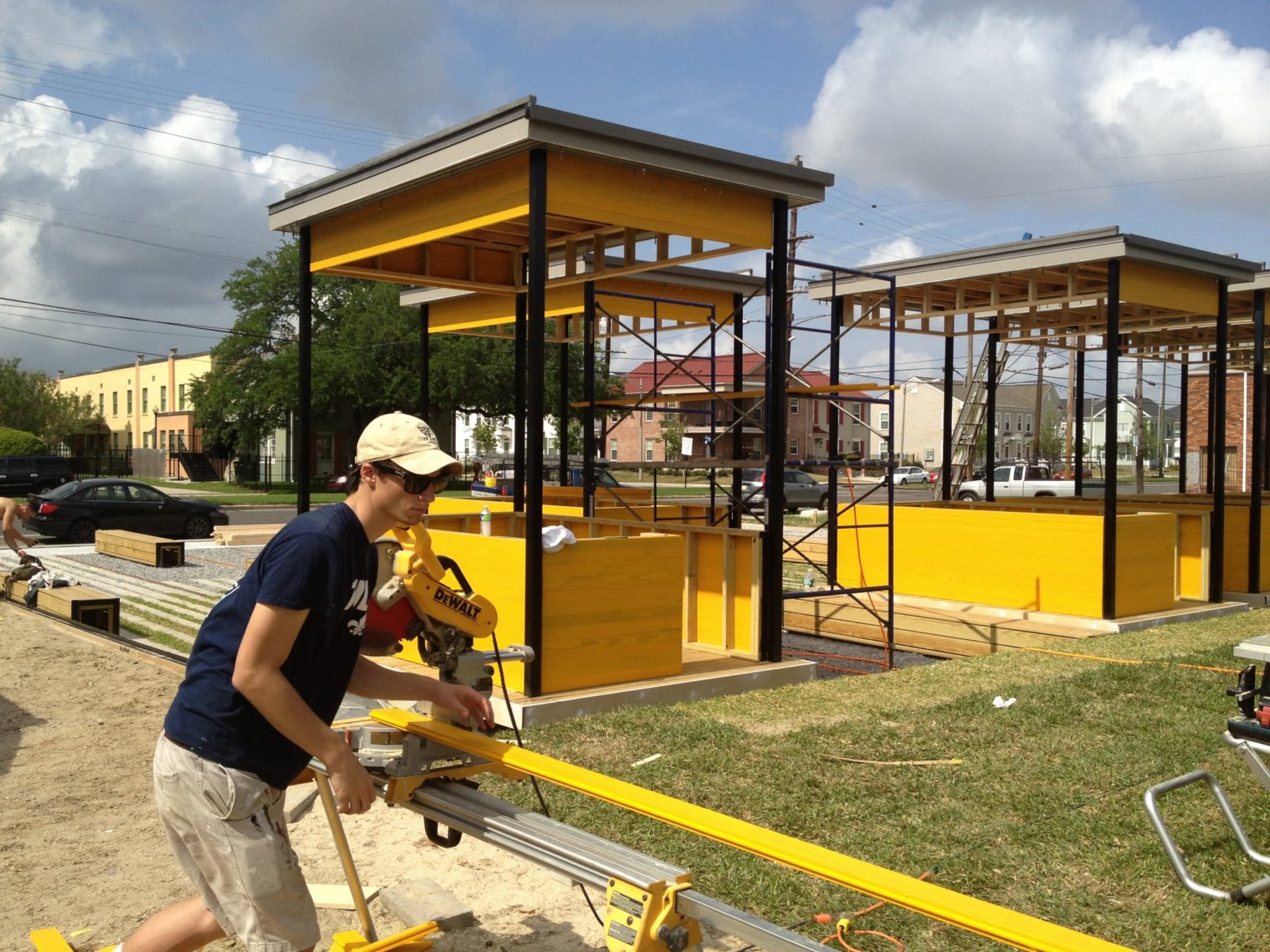 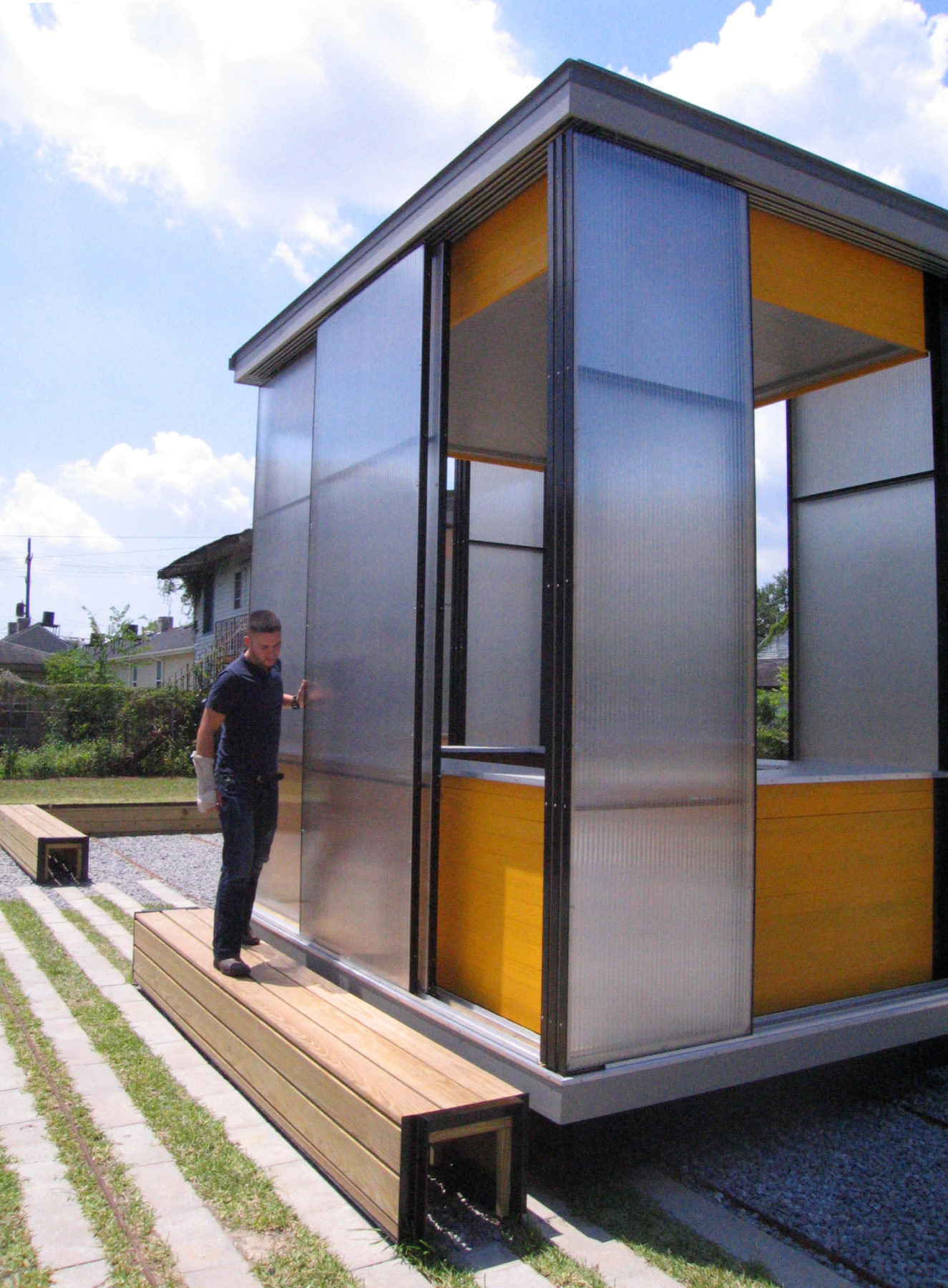 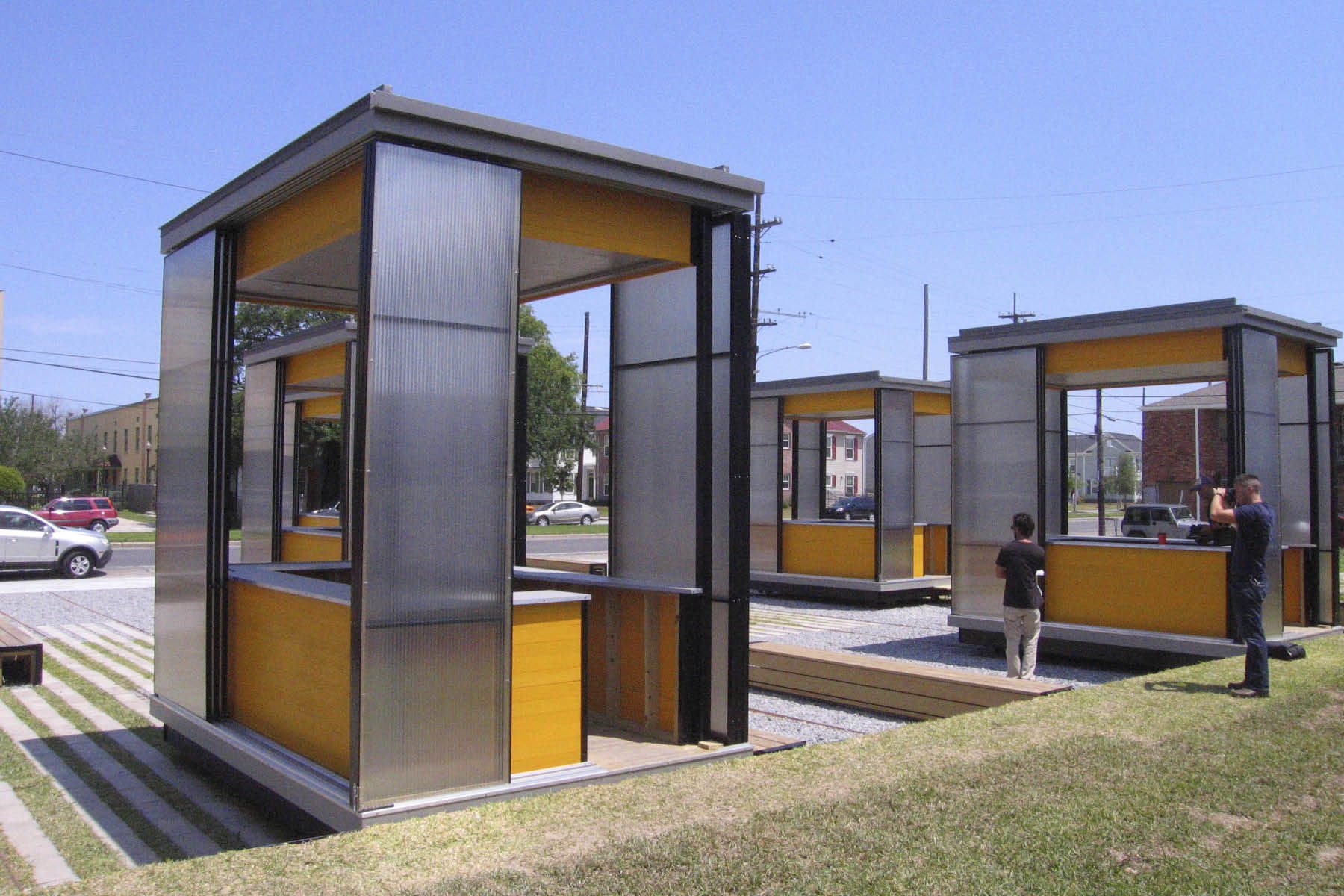 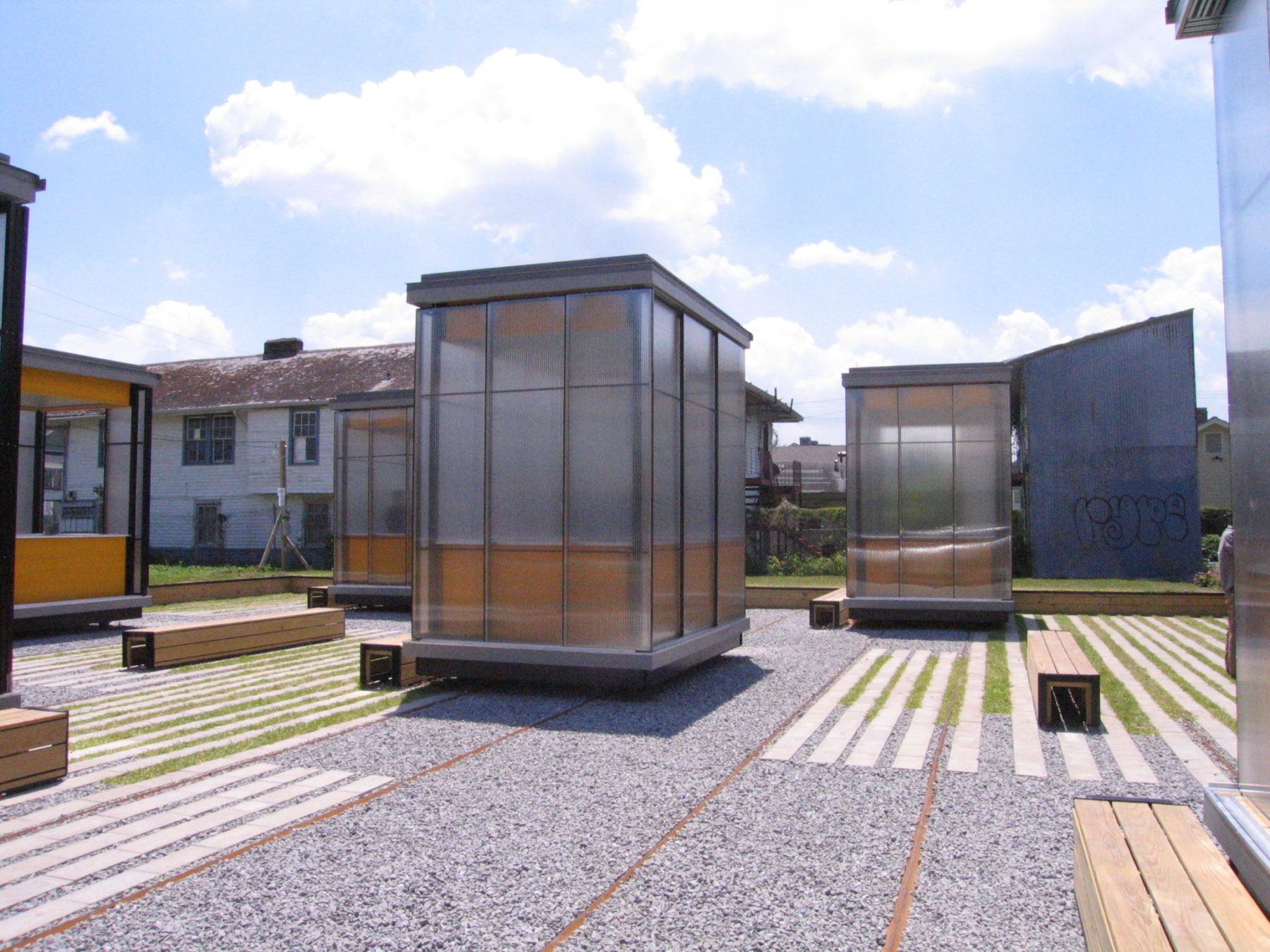 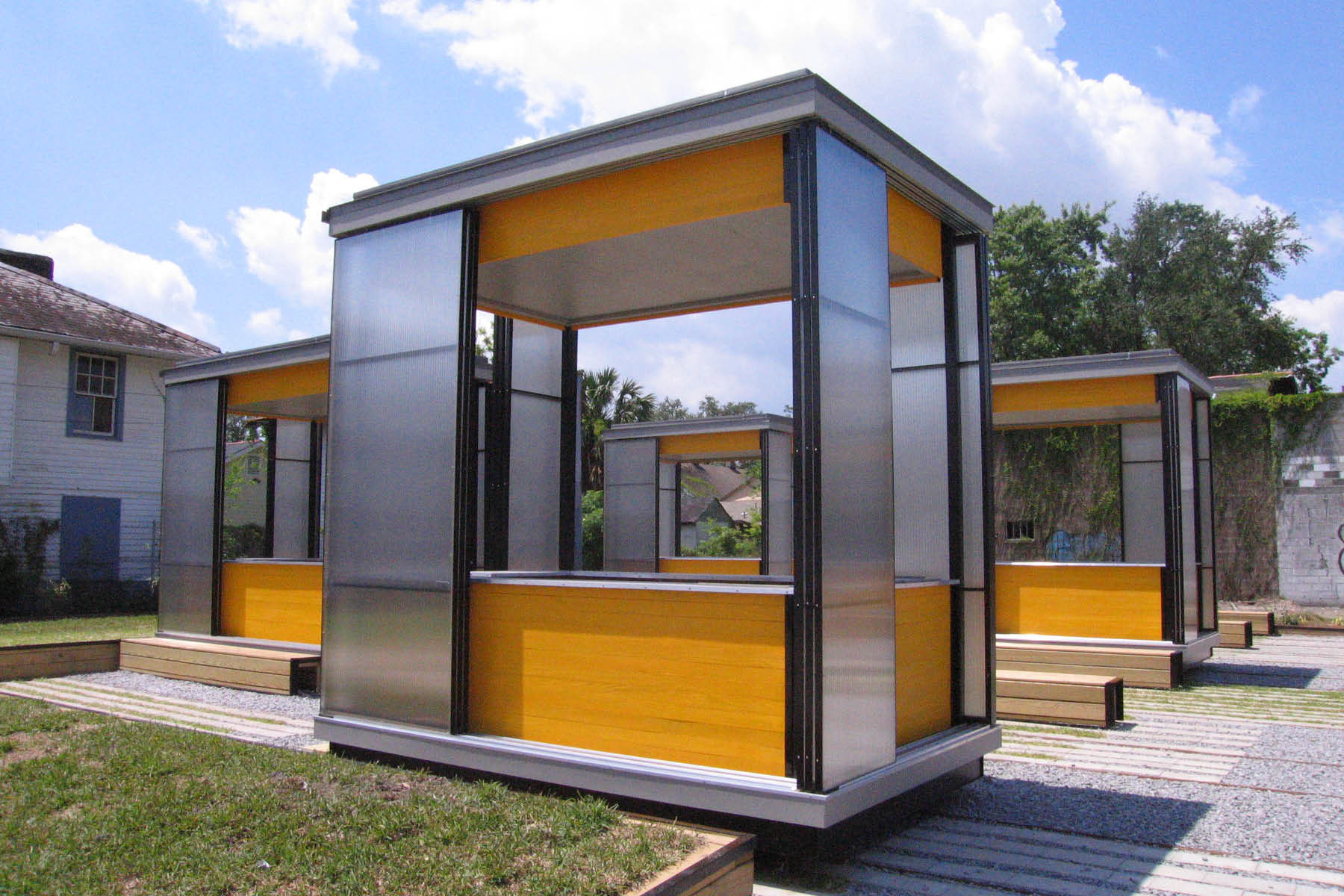