Having completed URBANbuild 2 with a prefabricated metal wall framing system, students and faculty learned the pros and cons of the construction type. While using the metal system proved efficient, the material properties of metal limited students’ abilities to revise their design strategy onsite, which distanced the program from its original intent as a true design/build studio.

For URBANbuild 3, in an effort to further the program’s research aims and allow for experimentation and revision during construction, the studio utilized a prefabricated wood framing system so wall panels could be more easily altered on site. The structurally insulated panel (SIP) system was also selected with the goal of improving energy efficiency. It proved to be an incredibly effective thermal barrier.

URBANbuild 3 was the second project the program completed in Central City, and neighbors in the area seemed a bit surprised to see the studio return. This third house provided the students with a design challenge, after completing two successful homes on more conventional lots, NHS gained confidence in the students’ creative abilities and asked them to develop new ways to satisfy the same three-bedroom, two-bathroom program on smaller, substandard lots. The URBANbuild 3 house occupies a compact 40’x50’ lot and employs a vertical, two-story scheme with a central stair used for both circulation and storage to maximize efficiency and make the best use of every buildable square inch of space. Construction of this project was featured in the Sundance documentary, Architecture School. 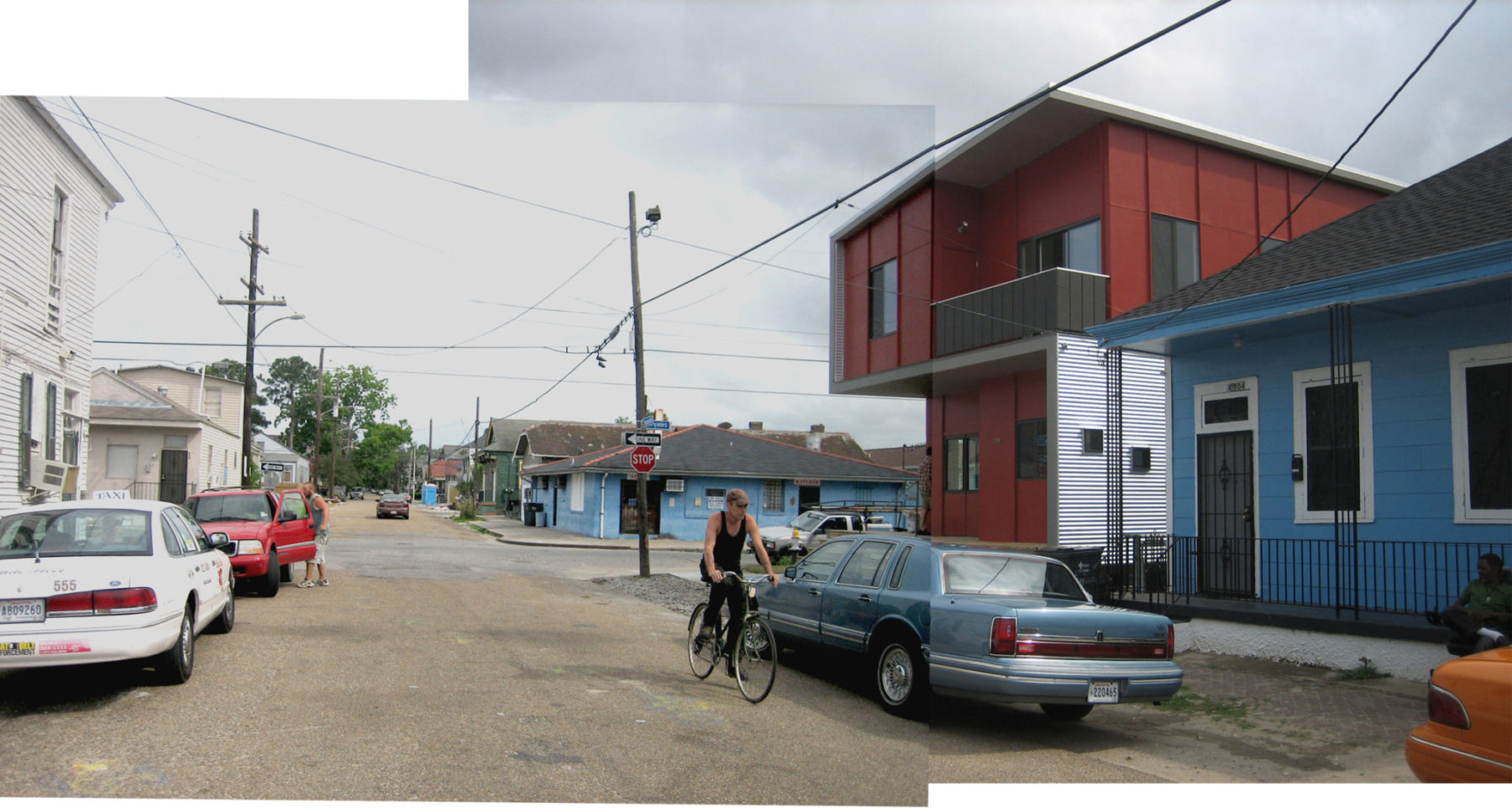 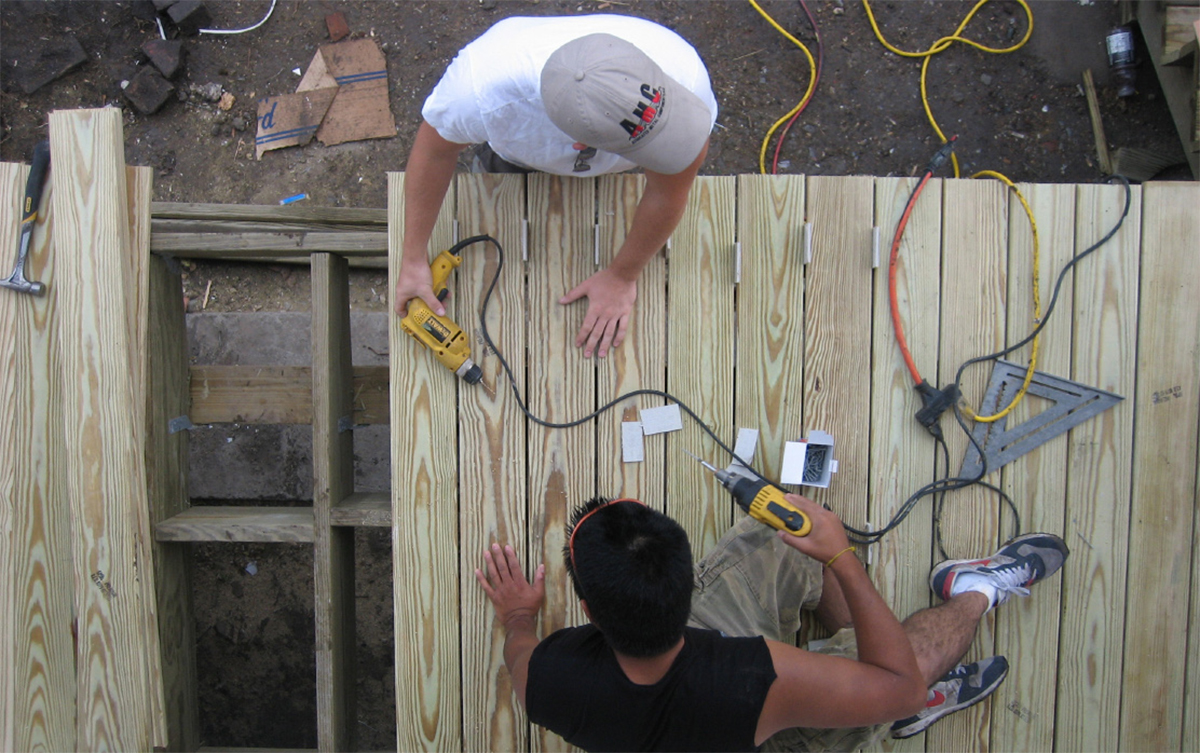 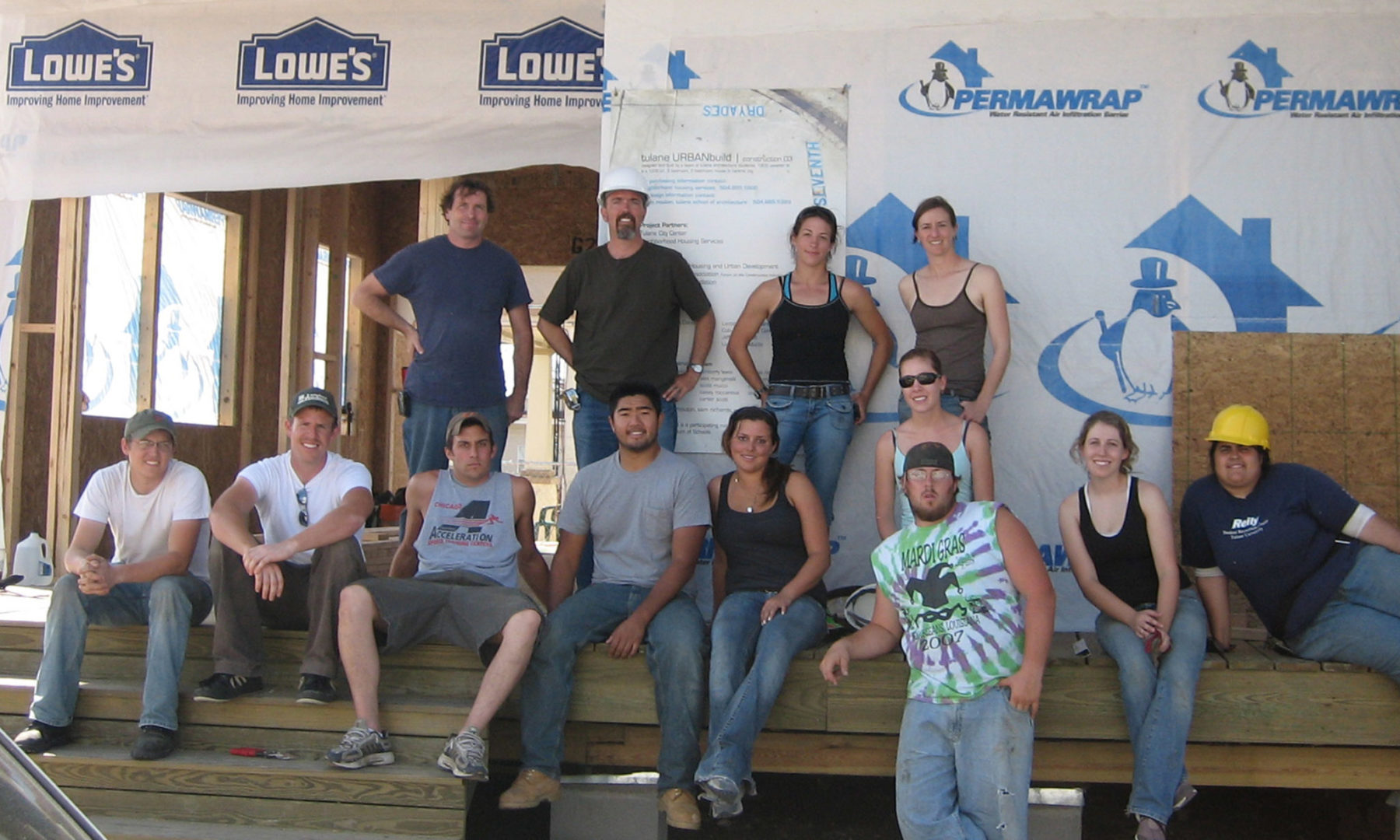 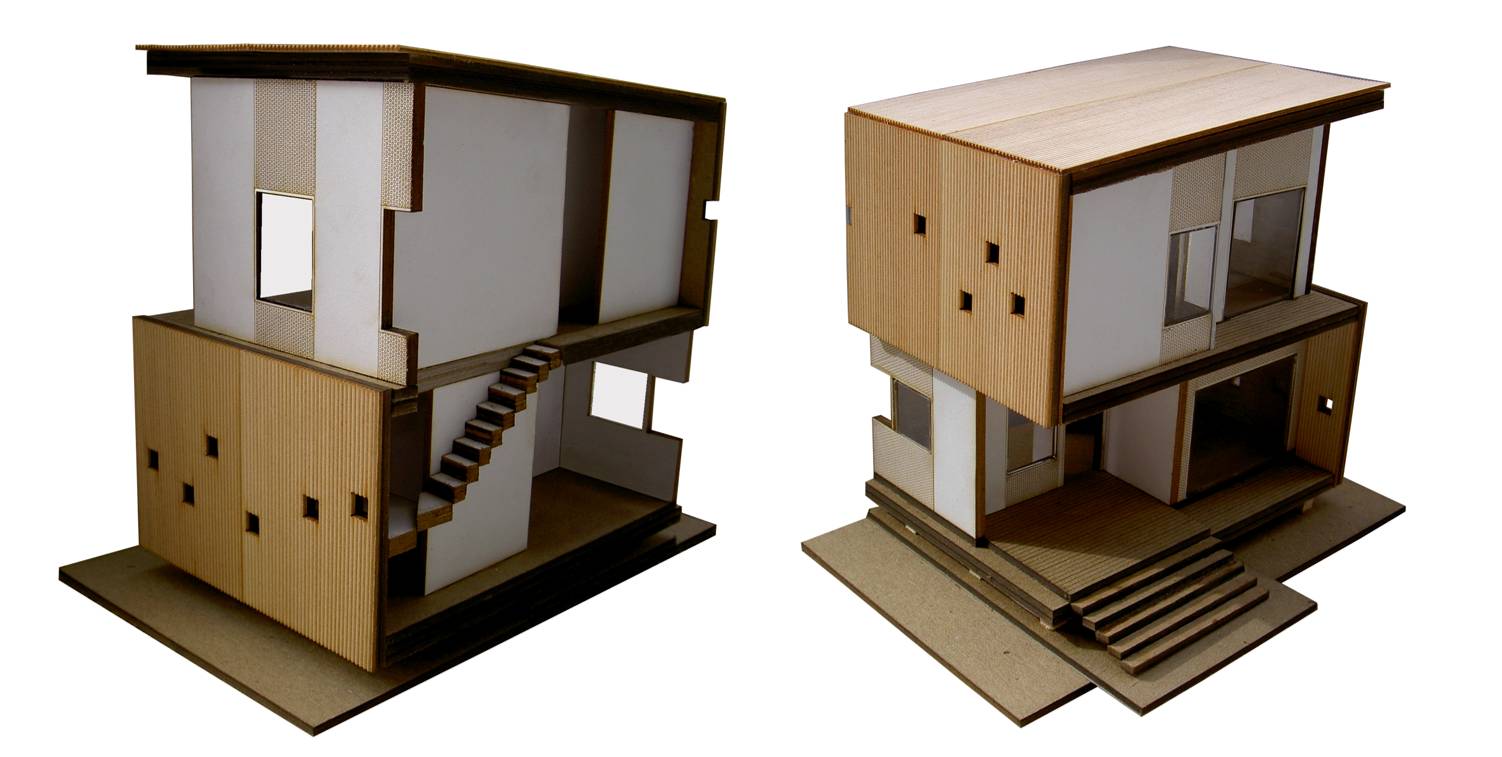 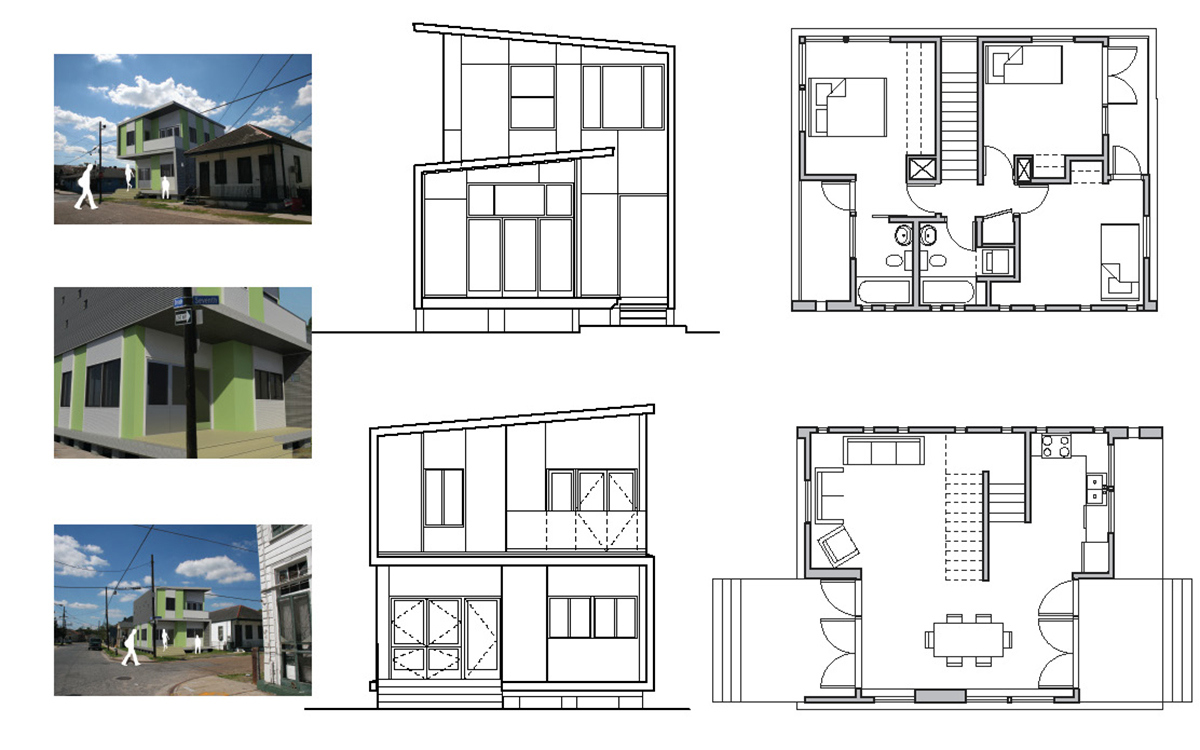 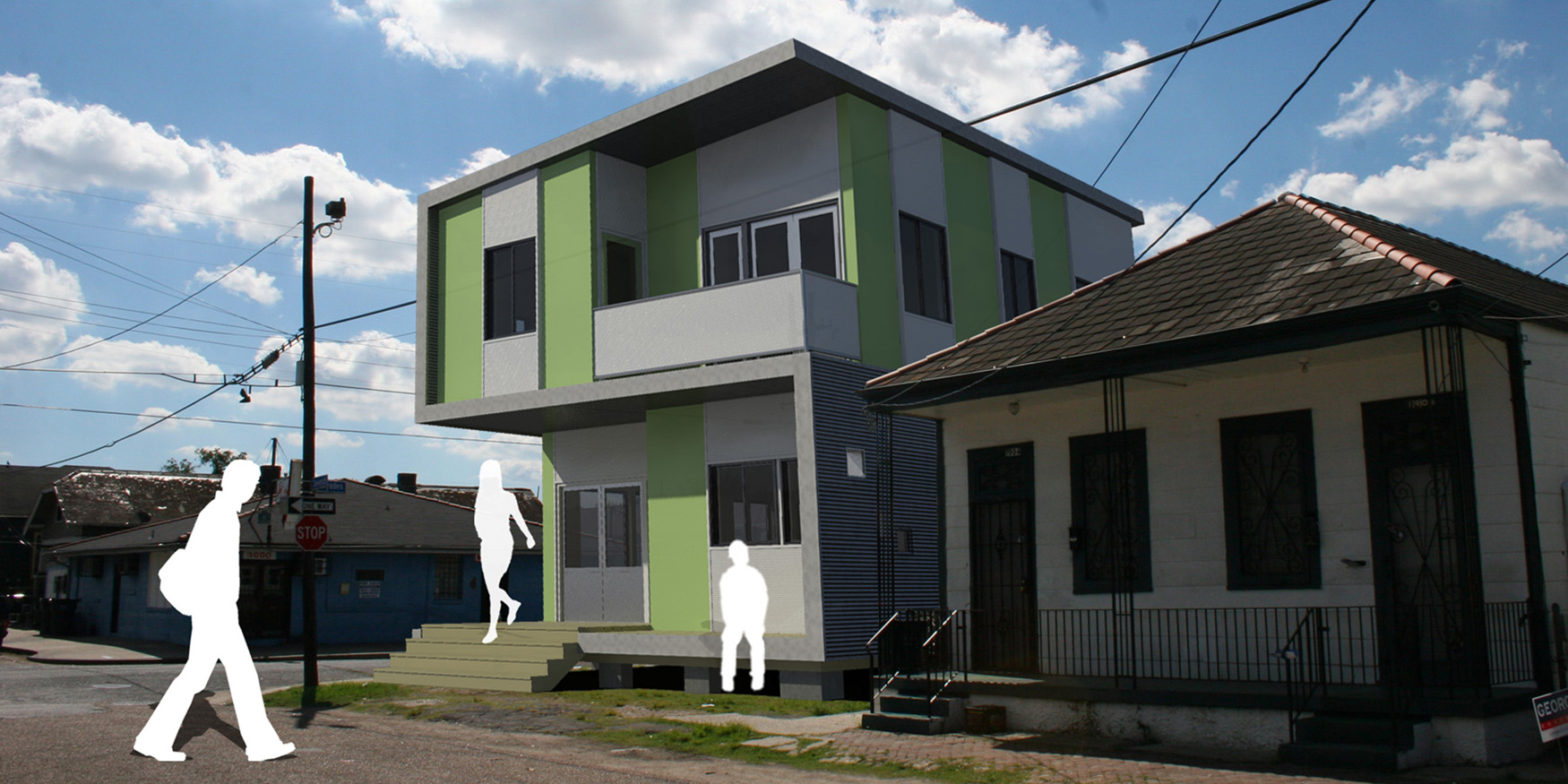 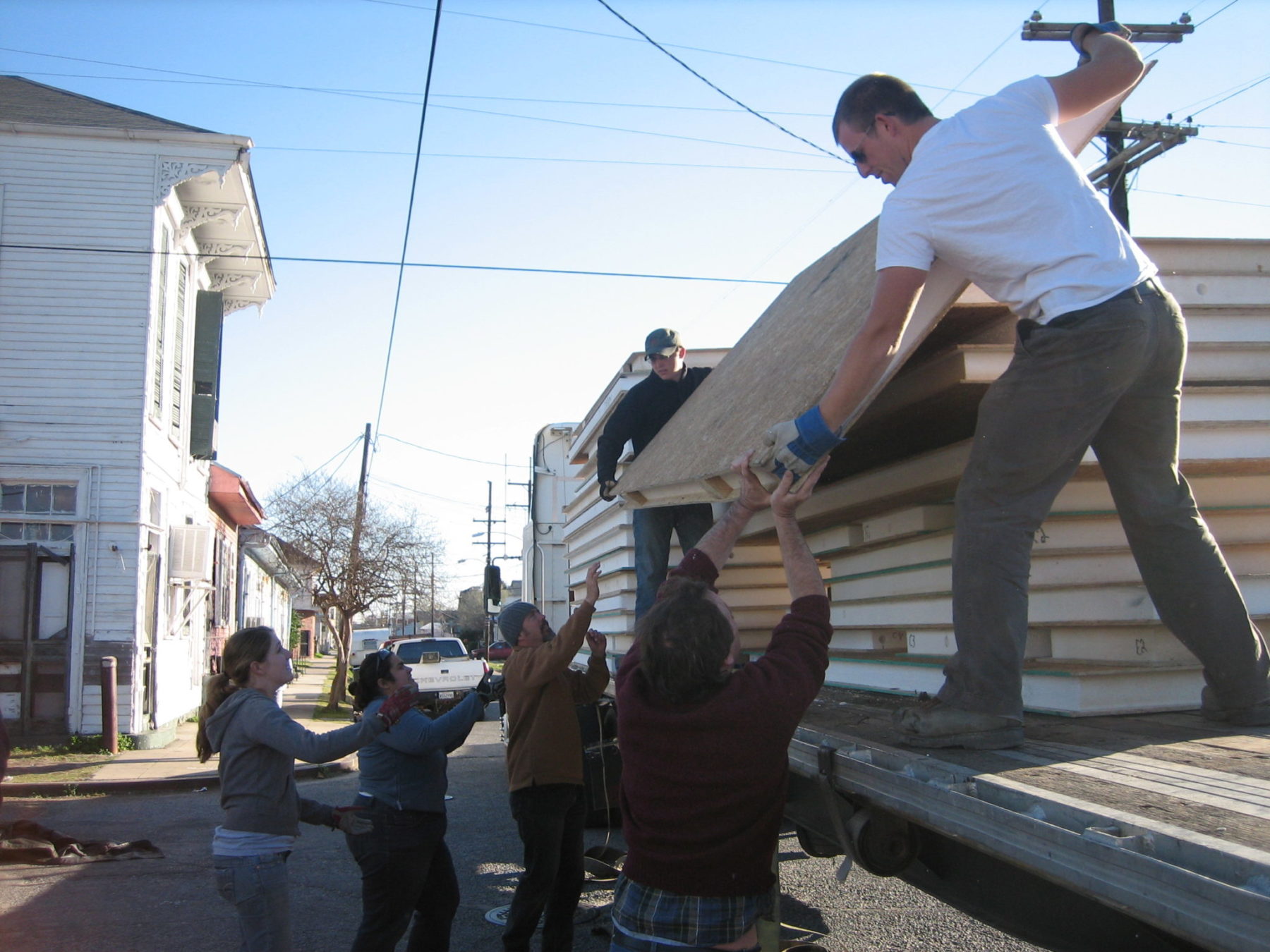 “I think the students, when they leave, they know they can come back in 10 years and still think that, I made this. They’ve actually altered a neighborhood, a family’s life.” 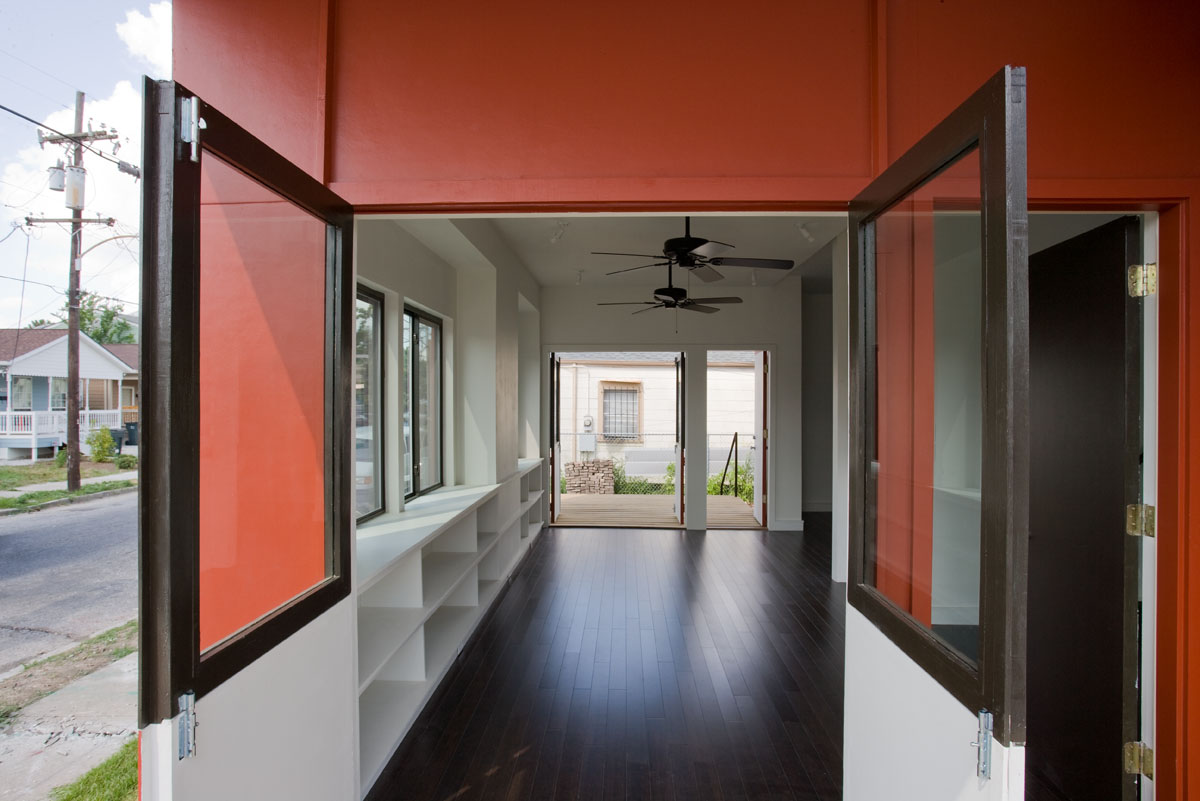 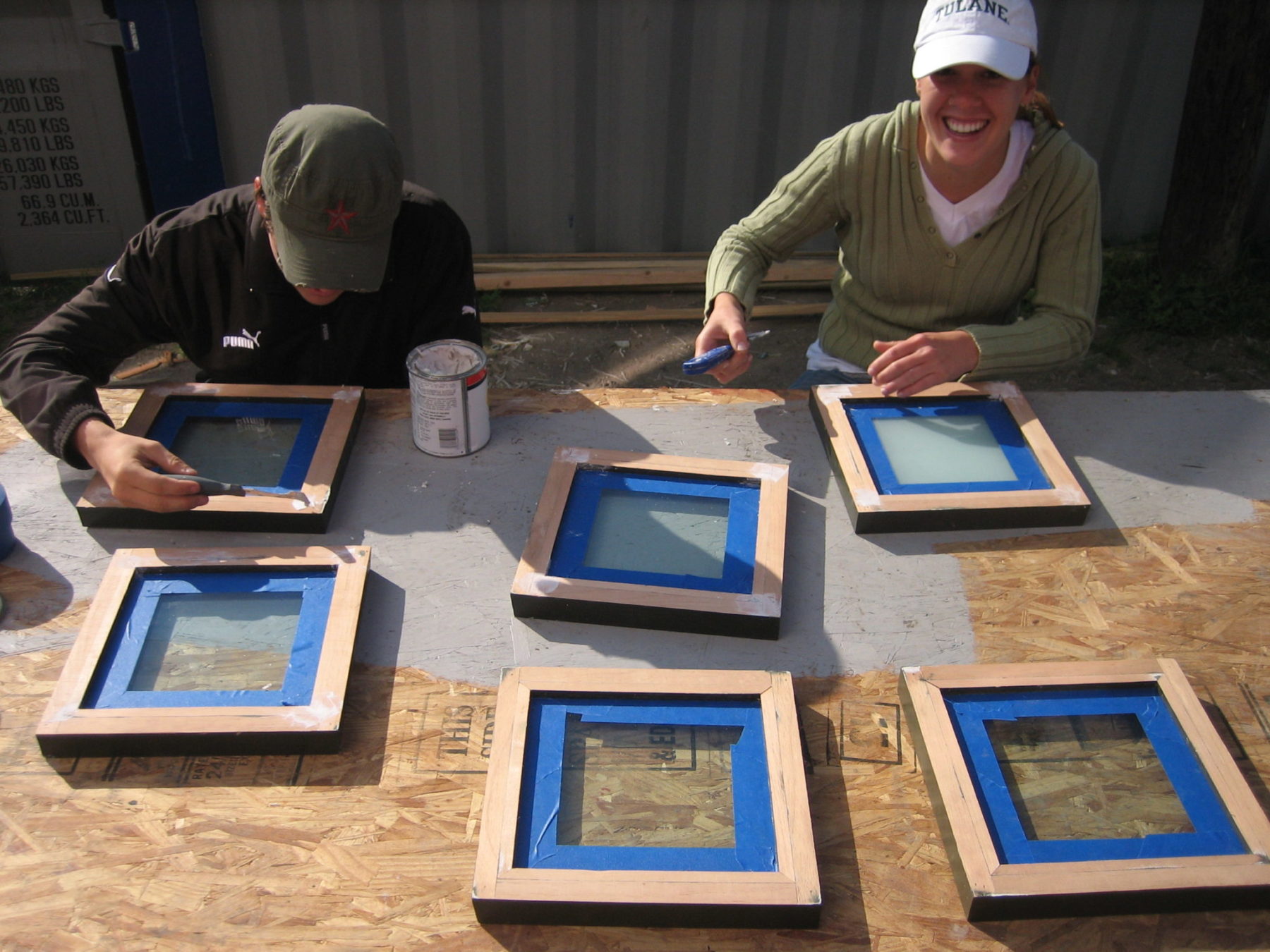 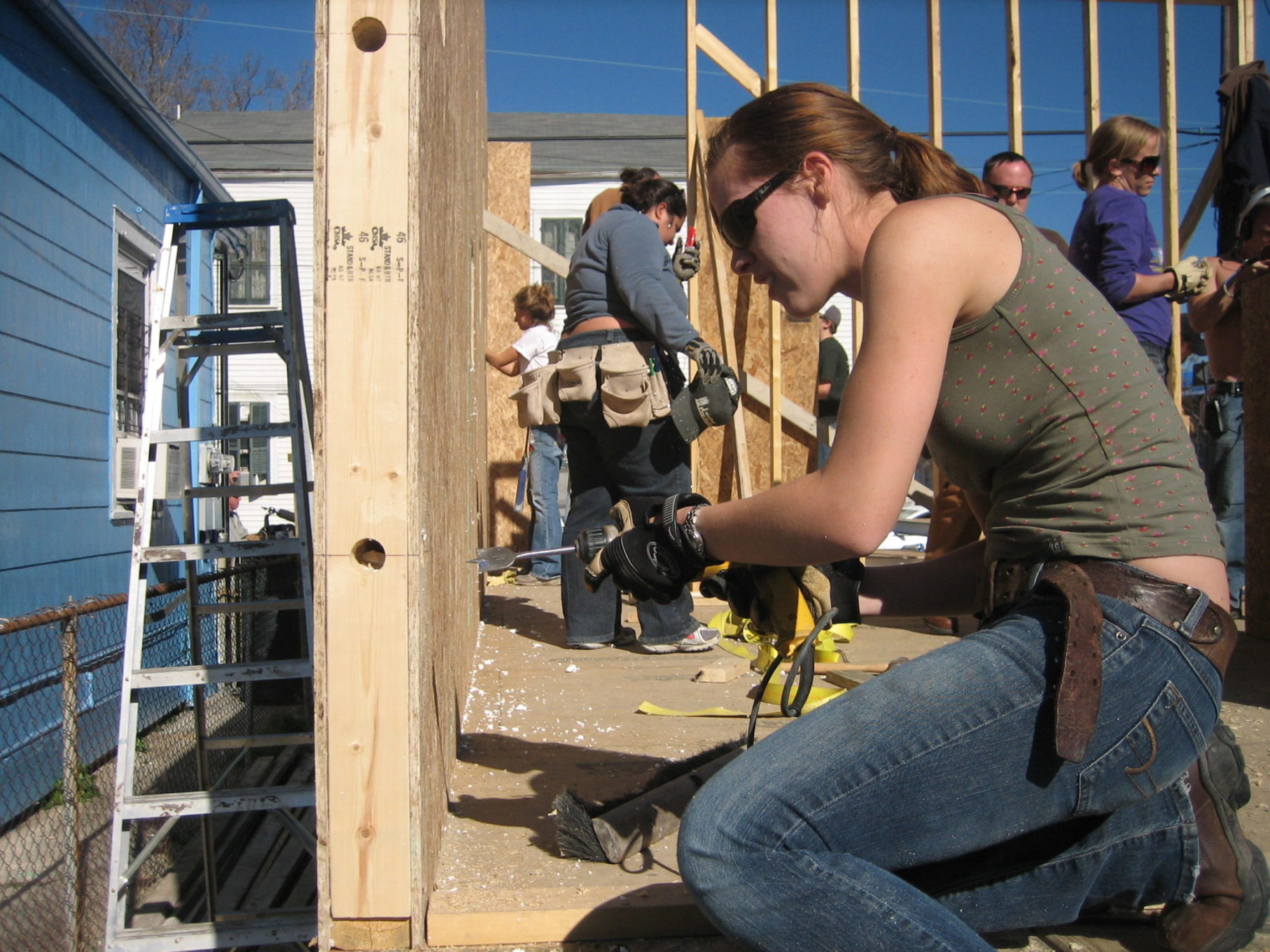 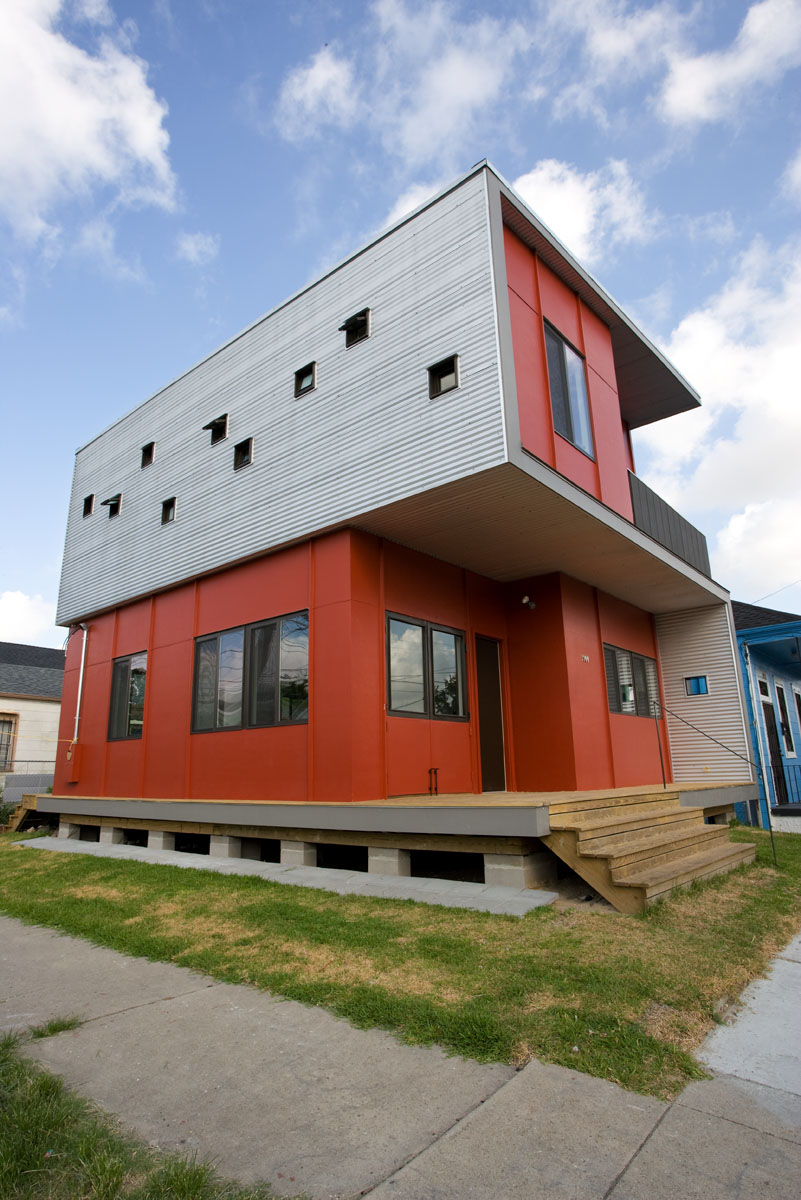 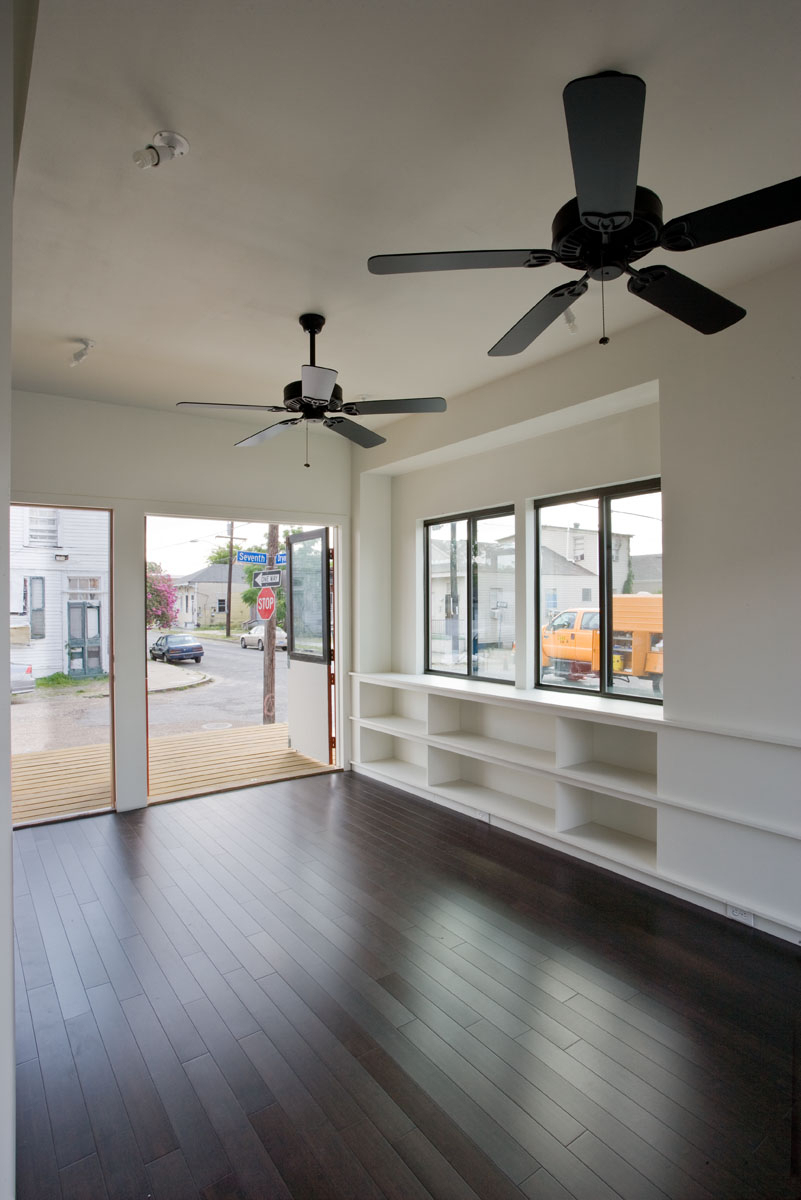 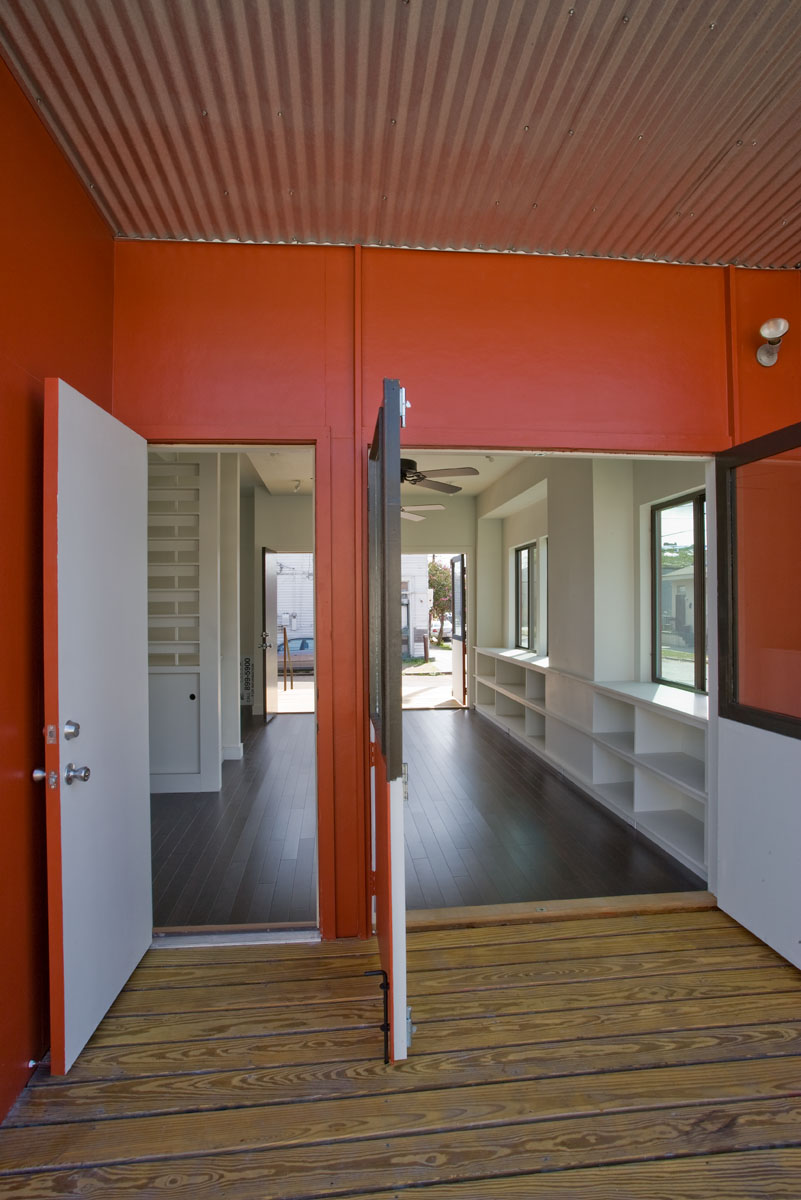