URBANbuild is a design/build program where teams of students design and construct prototypical structures for New Orleans’ neighborhoods. URBANbuild partners with a community organization in the development of these homes. Partners have included Make It Right, Neighborhood Housing Services of New Orleans, Inc., and Harmony Neighborhood Development.

The program is an educational collaboration of individuals, organizations, and businesses committed to revitalizing New Orleans’ rich cultural and architectural heritage. Neighborhoods are strengthened by the rebuilding of homes, allied professionals and educators come together for a common cause, and students develop as designers with a deep understanding and commitment to the urban environment.

In 2010, URBANbuild was invited to collaborate with Brad Pitt’s Make It Right program to develop a residential duplex strategy for the devastated 9th Ward neighborhood. Students completed the design and construction of their prototype in conjunction with local architecture firms BILD Design and John Williams Architects.

In addition to dwelling prototypes, URBANbuild investigated sustainable agricultural maintenance methods with the design and construction of the Mobile Goat Unit. Participants also designed and installed a mobile assembly of market pods to aid in the development of local businesses in Central City. 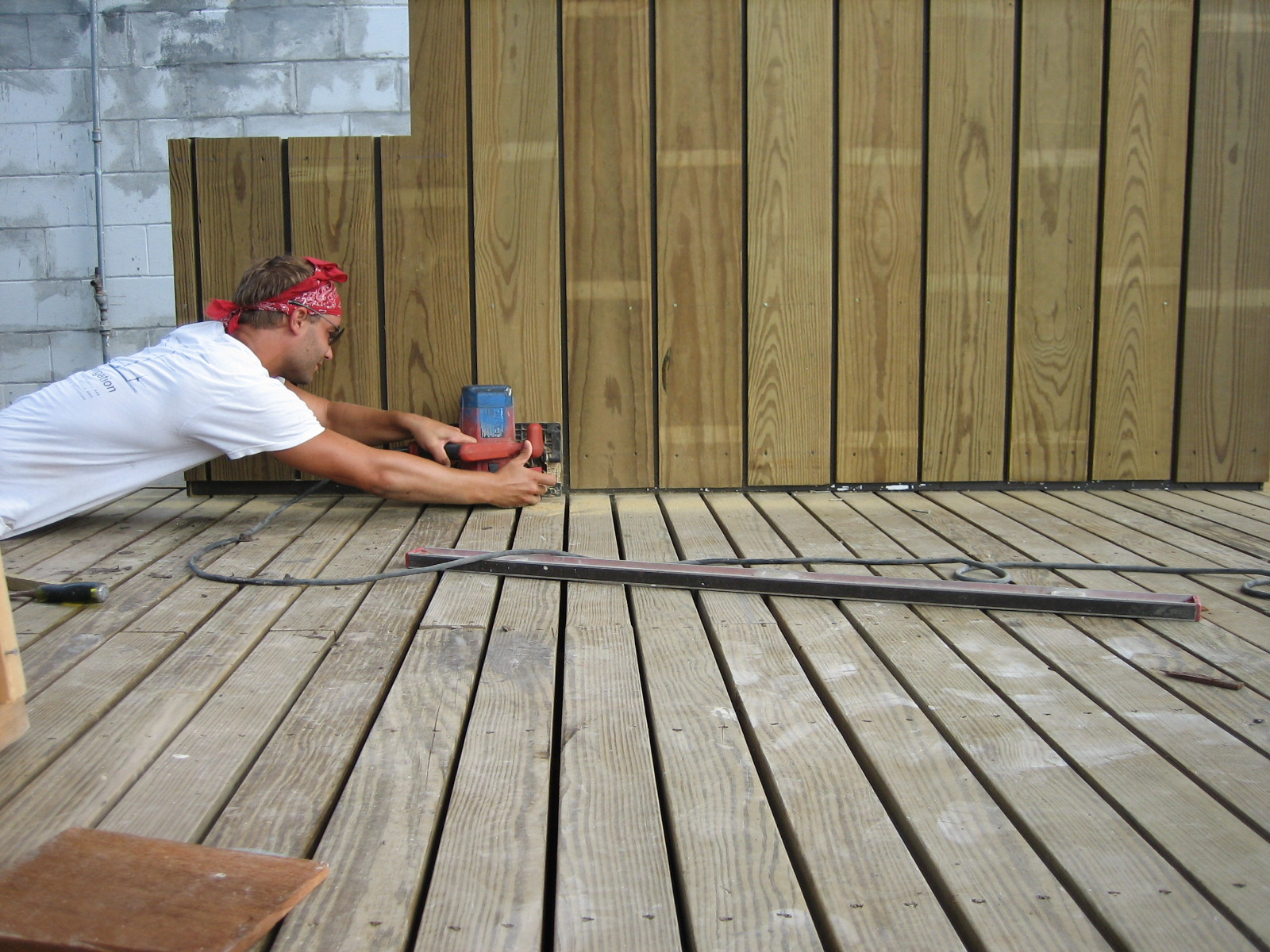 In the summer of 2005, a small group of students and faculty conceived a design/build program to address the deteriorating conditions in many neighborhoods of urban New Orleans and to provide students with the opportunity to work collectively on the design, development, and construction of affordable housing prototypes. The goal was to provide struggling neighborhoods with a sense of progress and value, and to provide students with an opportunity to work with the community.

In August of 2005, New Orleans was struck by a catastrophic storm, Hurricane Katrina. The city was left 80 percent damaged with the population immediately reduced by one third. Occupants of the city’s most underprivileged areas struggled to return with limited community, economic or social foundations in place. Rebuilding became a critical task. Suddenly, URBANbuild was challenged with explicitly addressing the imminent threat of water and the changing social demographics of a city struggling to survive.

URBANbuild evolved as a post-Katrina program that addresses and investigates pre-Katrina problems. It relies on a comprehensive understanding of New Orleans as a city in a constant process of reconsidering and defining itself. The program challenges designers to both respect and question the architectural history of New Orleans and possibly redefine a contemporary vernacular. URBANbuild is a program of optimism and investment.

In recent years, the program faced new challenges from positive economic growth in the city. Completed URBANbuild projects, along with investments from various other nonprofit and private entities, have helped increase the value of property in Central City, the neighborhood in which many URBANbuild projects have been realized.

Special recognition is given to the United States Department of Housing and Urban Development (HUD) for the grant funding awarded in support of the program’s establishment following the devastation of Hurricane Katrina.

Those grant requirements were fulfilled through the efforts of: