For URBANbuild 6, the studio was once again able to partner with NHS and reestablish a connection with Central City, a relationship that continues to this day. The studio was glad to be back in Central City and the neighbors were happy to see the students return. URBANbuild 6 became the first of four houses that would eventually be realized on Toledano Street. This year’s house represented a return to the original three-bedroom, two-bathroom program and to the focus on maintaining a close connection between house and street, in keeping with the neighborhood tradition of socializing from porches and stoops. Its scheme located two bedrooms upstairs and one downstairs and focused on the creation of three outdoor spaces, each accessible from a generous, two-story central space. 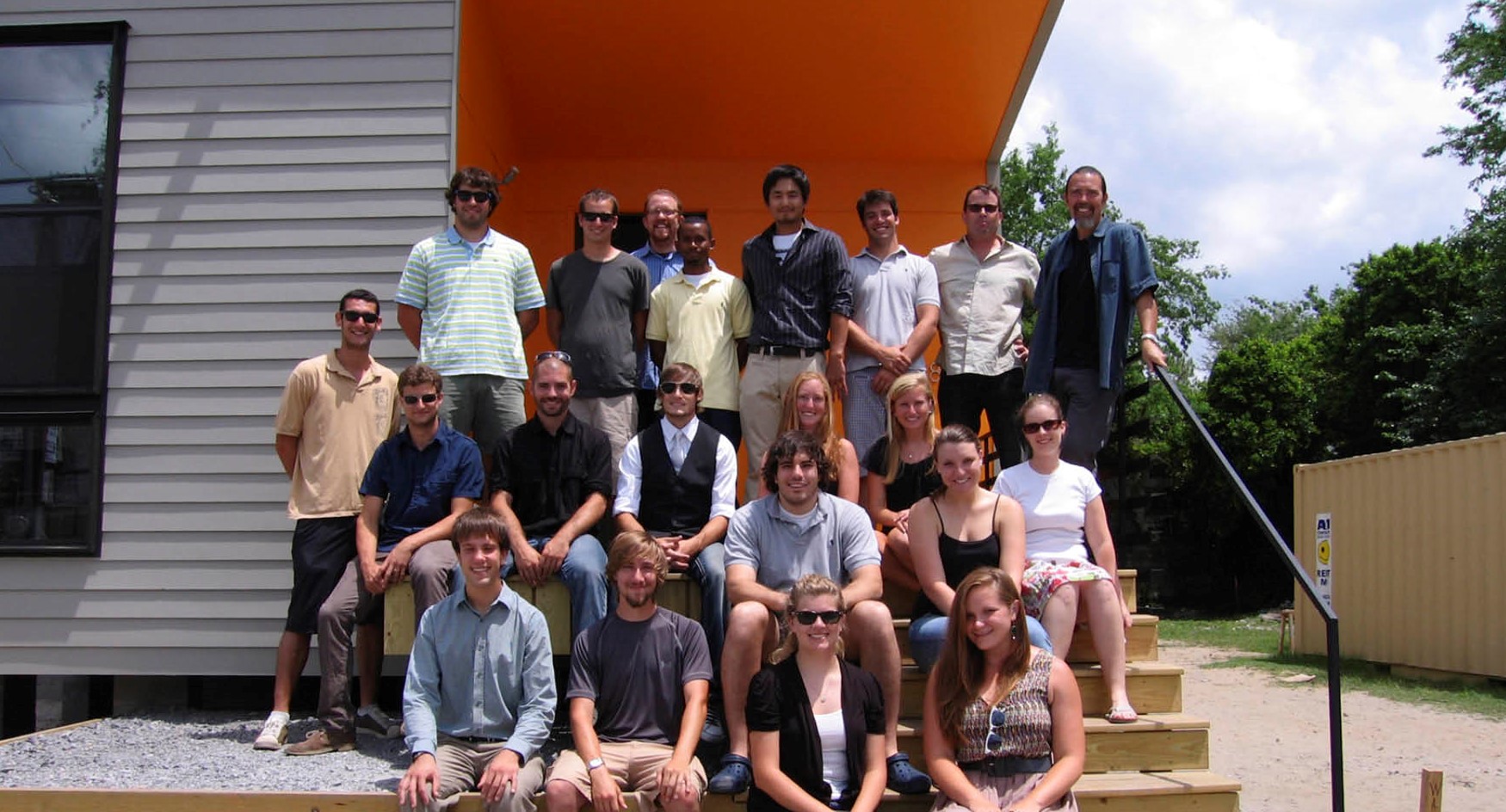 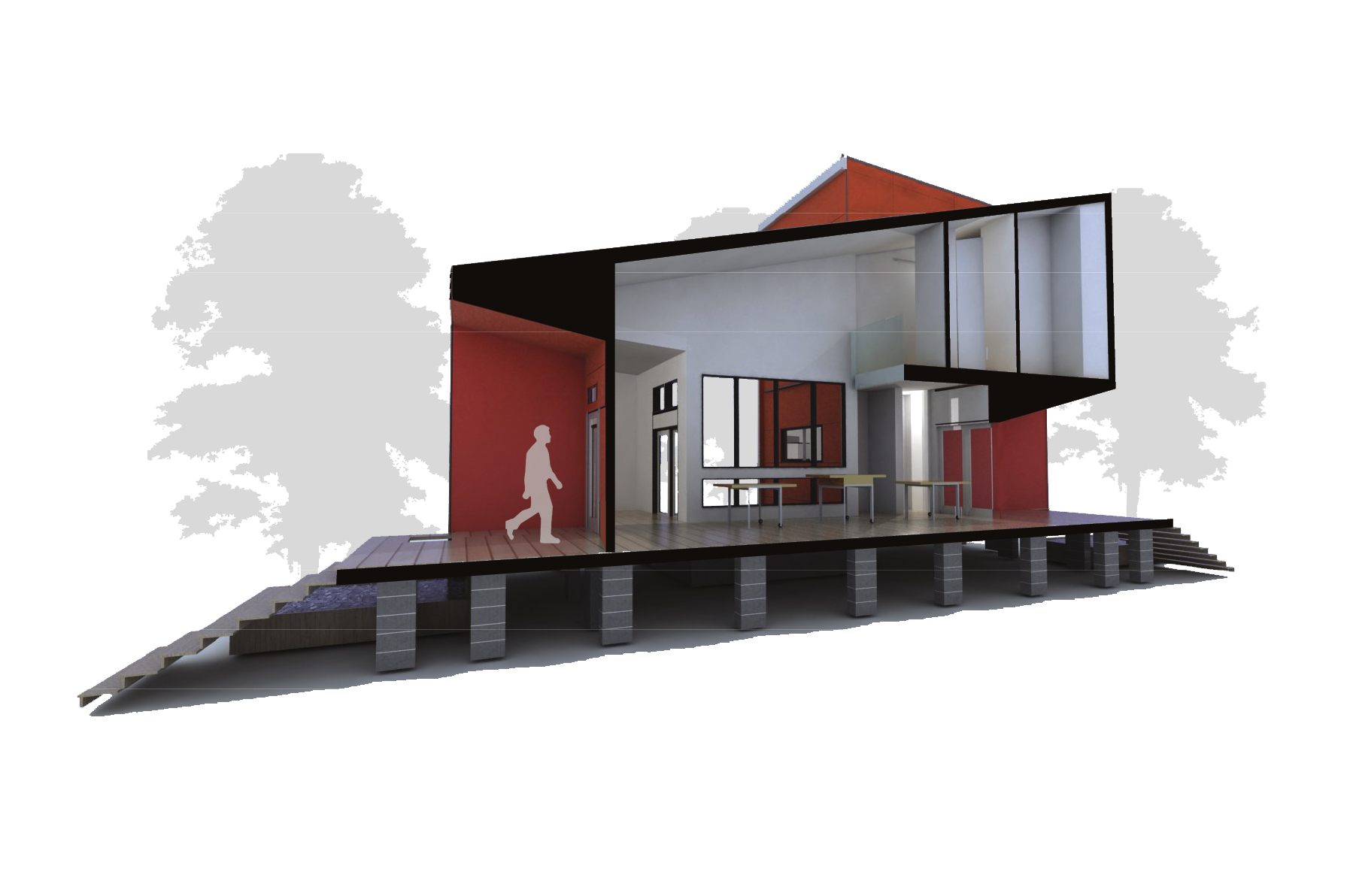 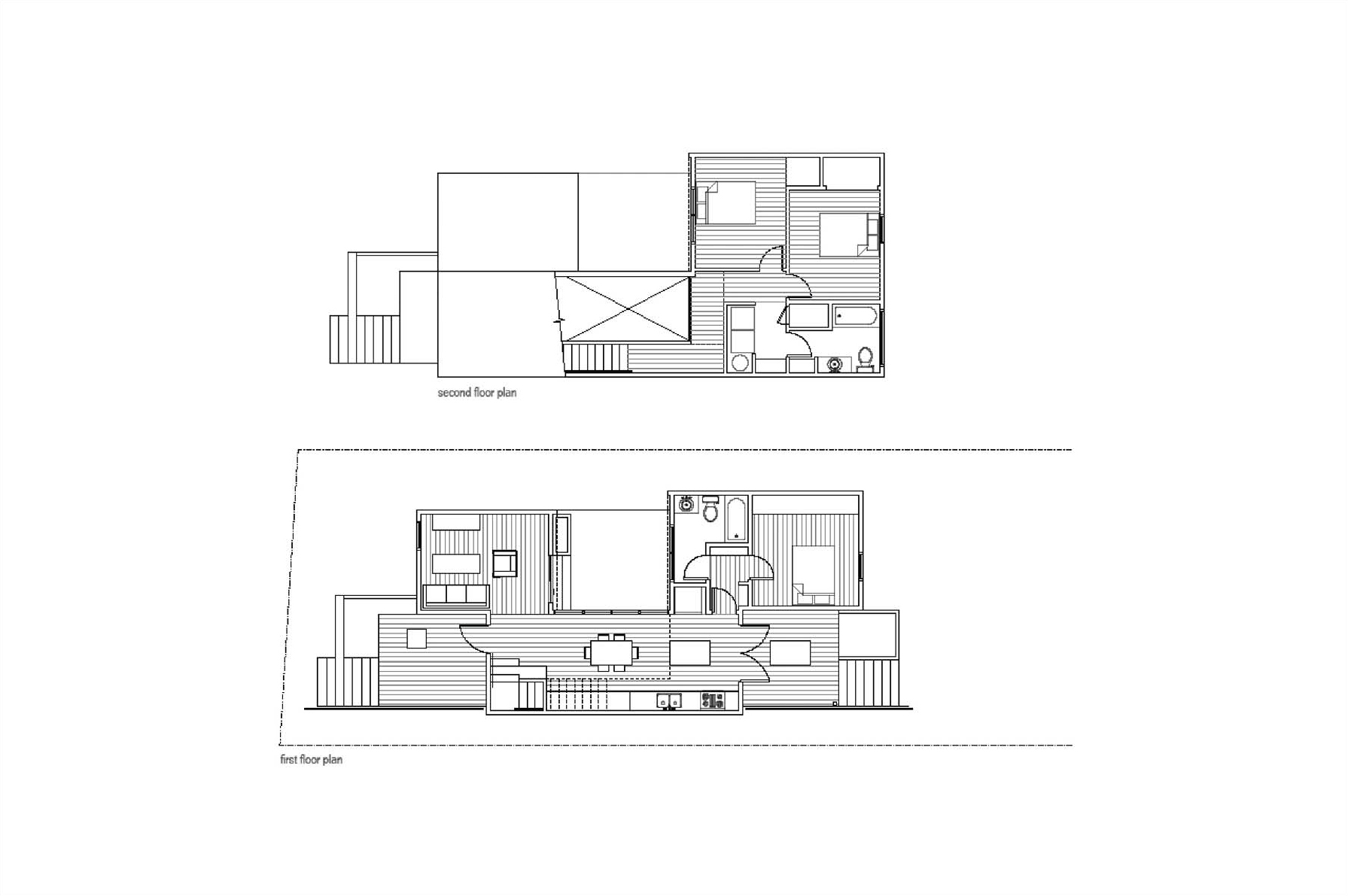 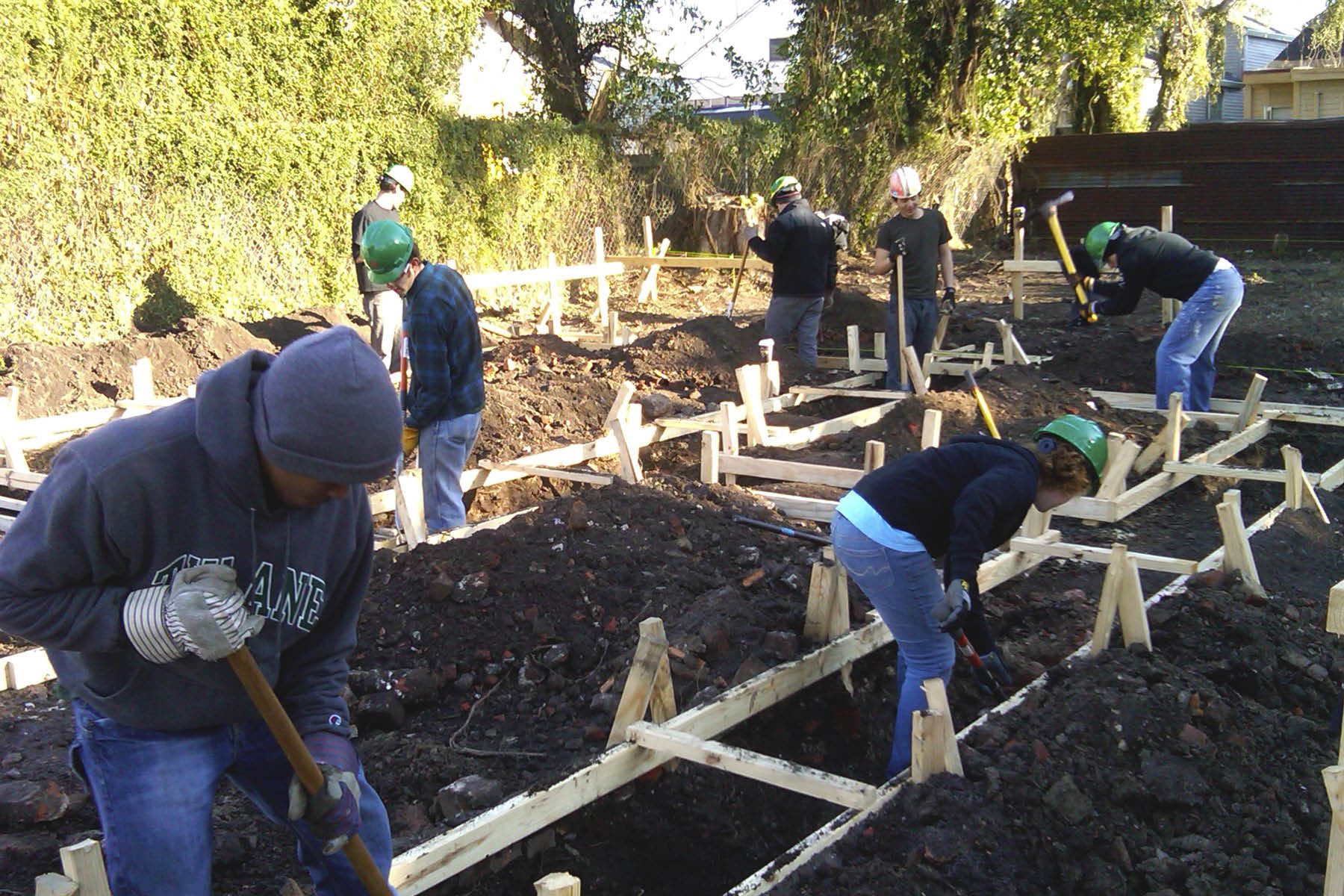 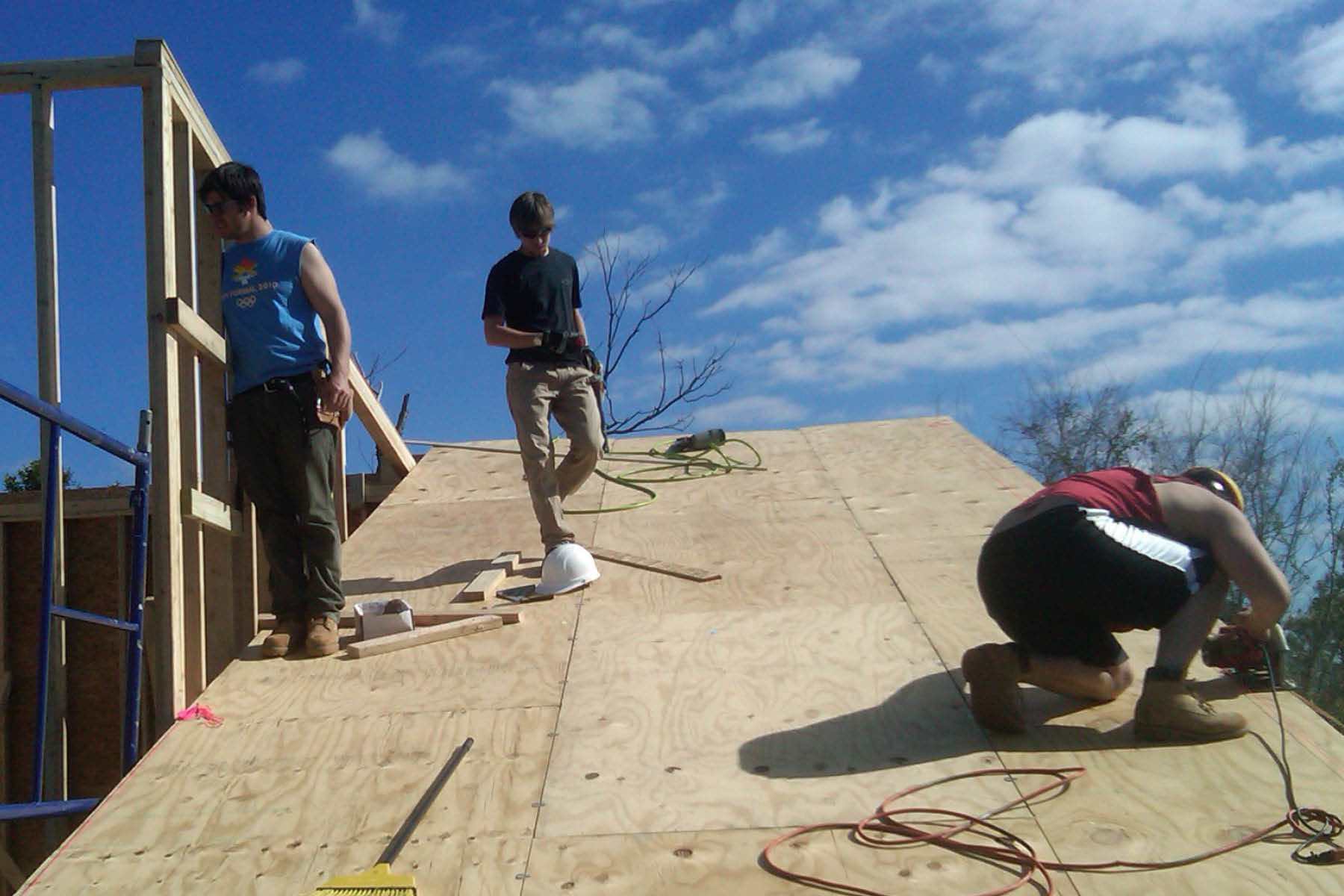 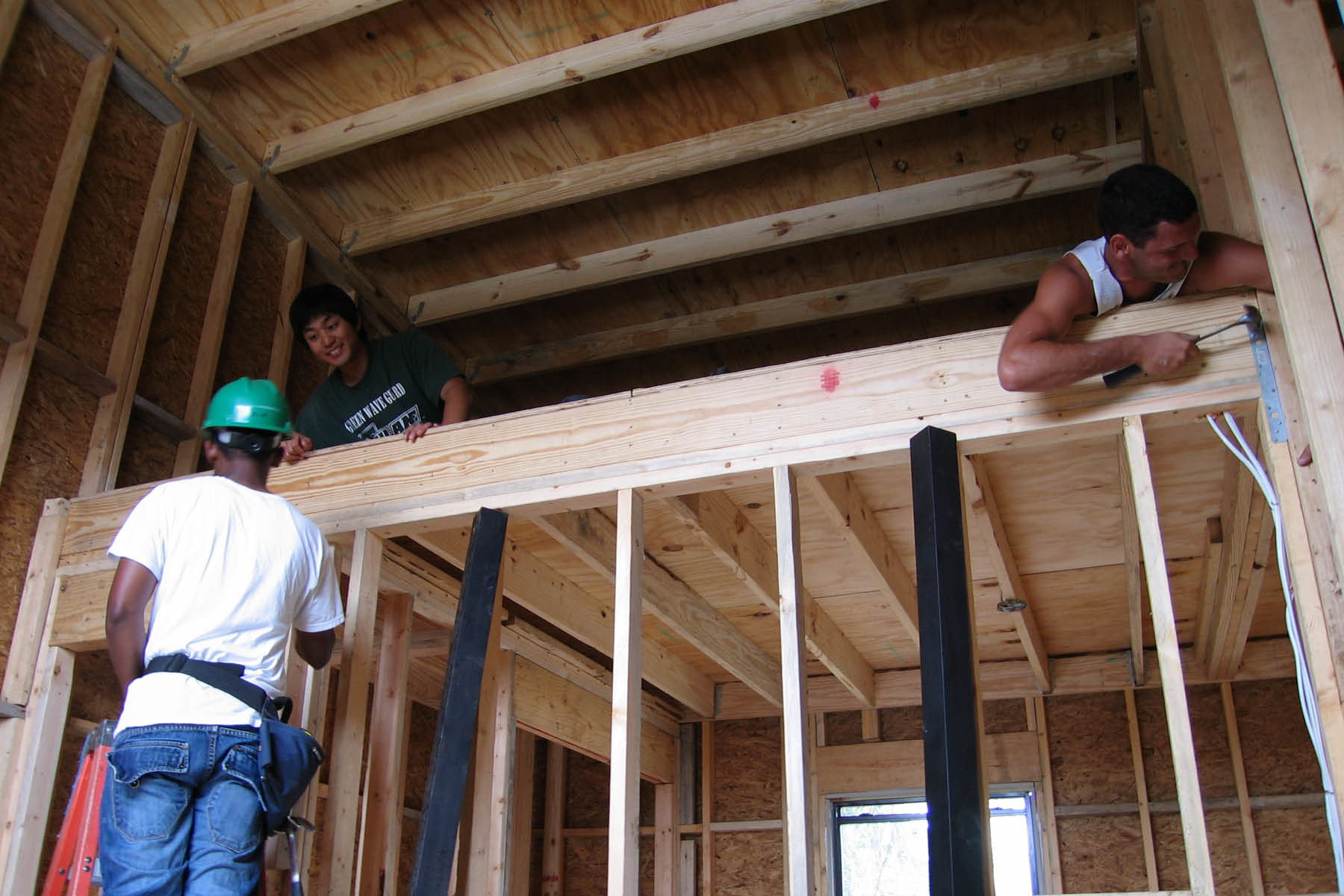 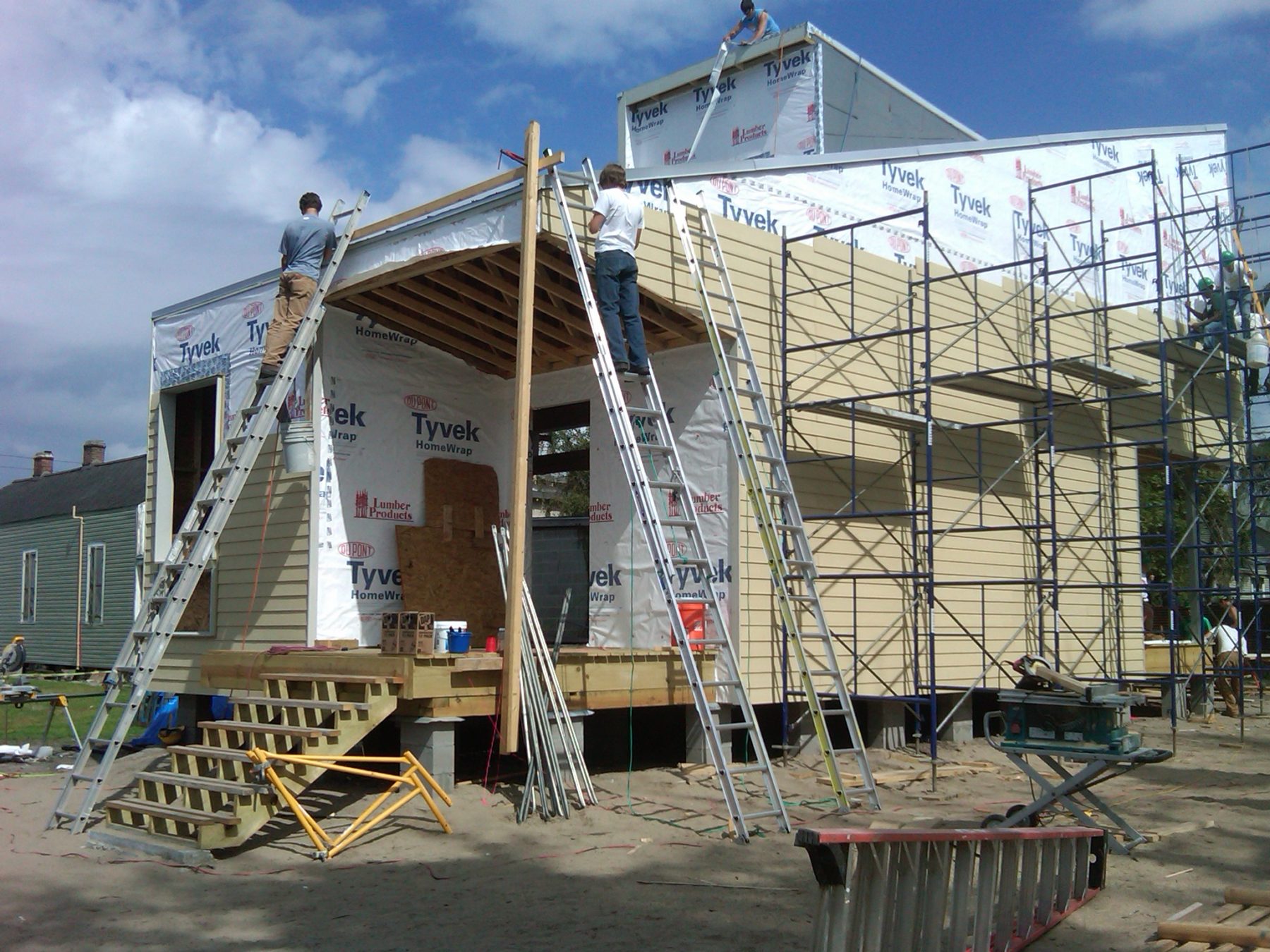 “I love that this program accomplishes so much. It provides a rich educational experience, it provides quality homes that are affordable to working persons in New Orleans and with the concentration of all but the first home in one neighborhood it has helped to re-develop and revitalize this section of Central City.” 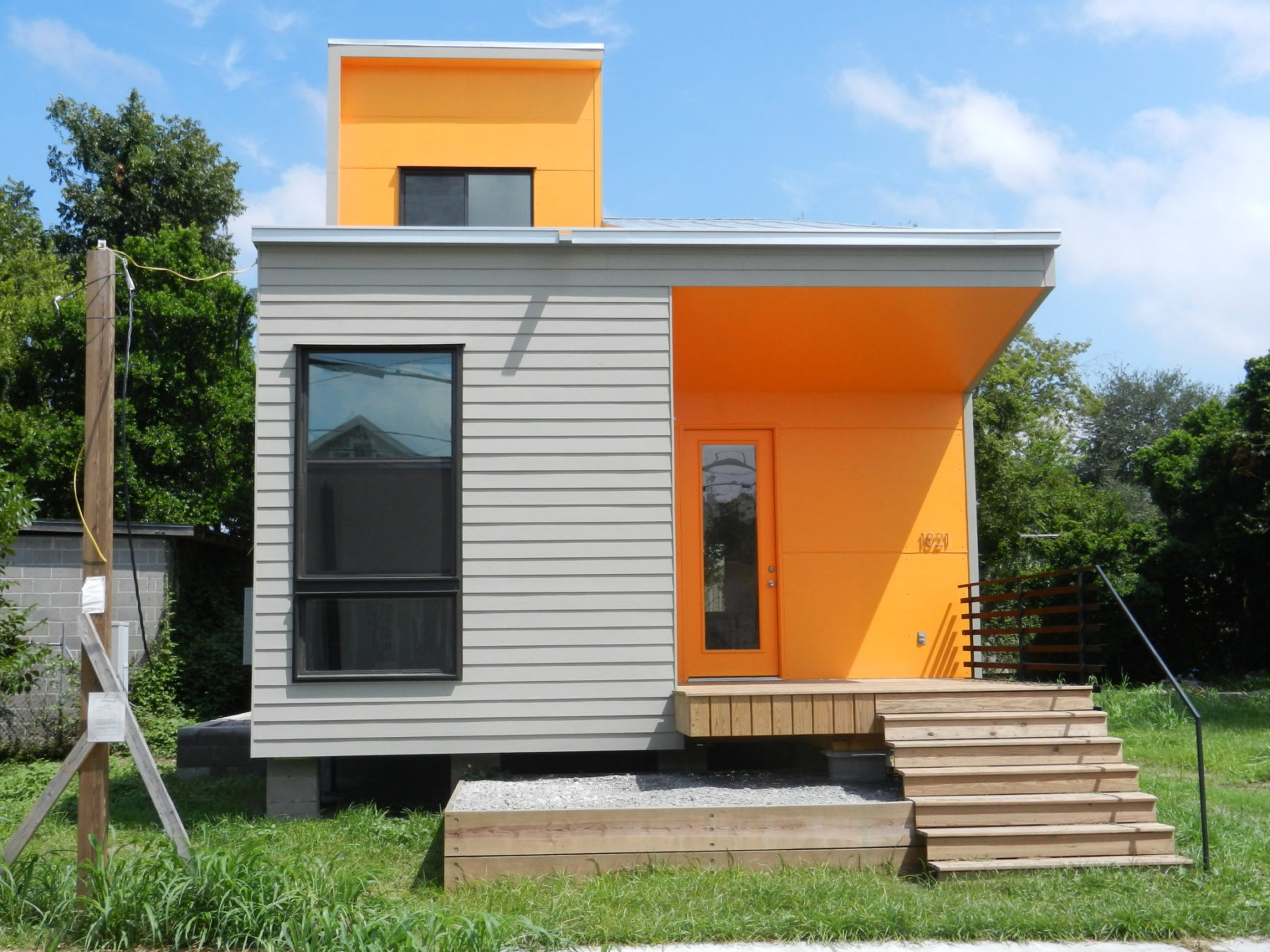 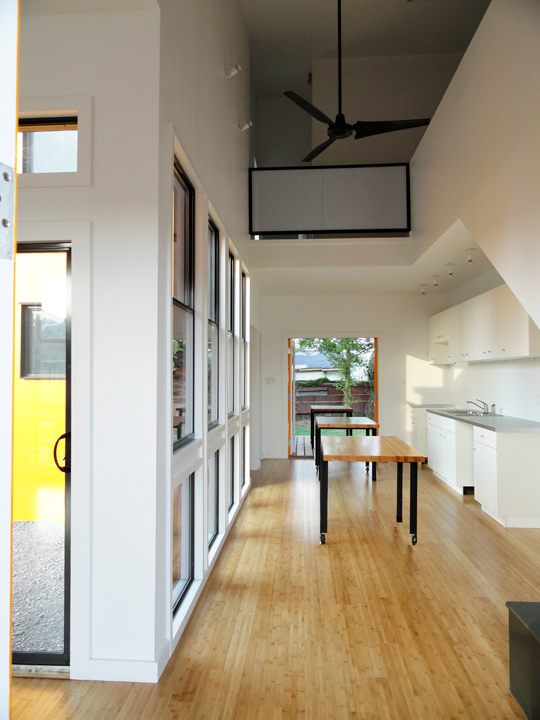 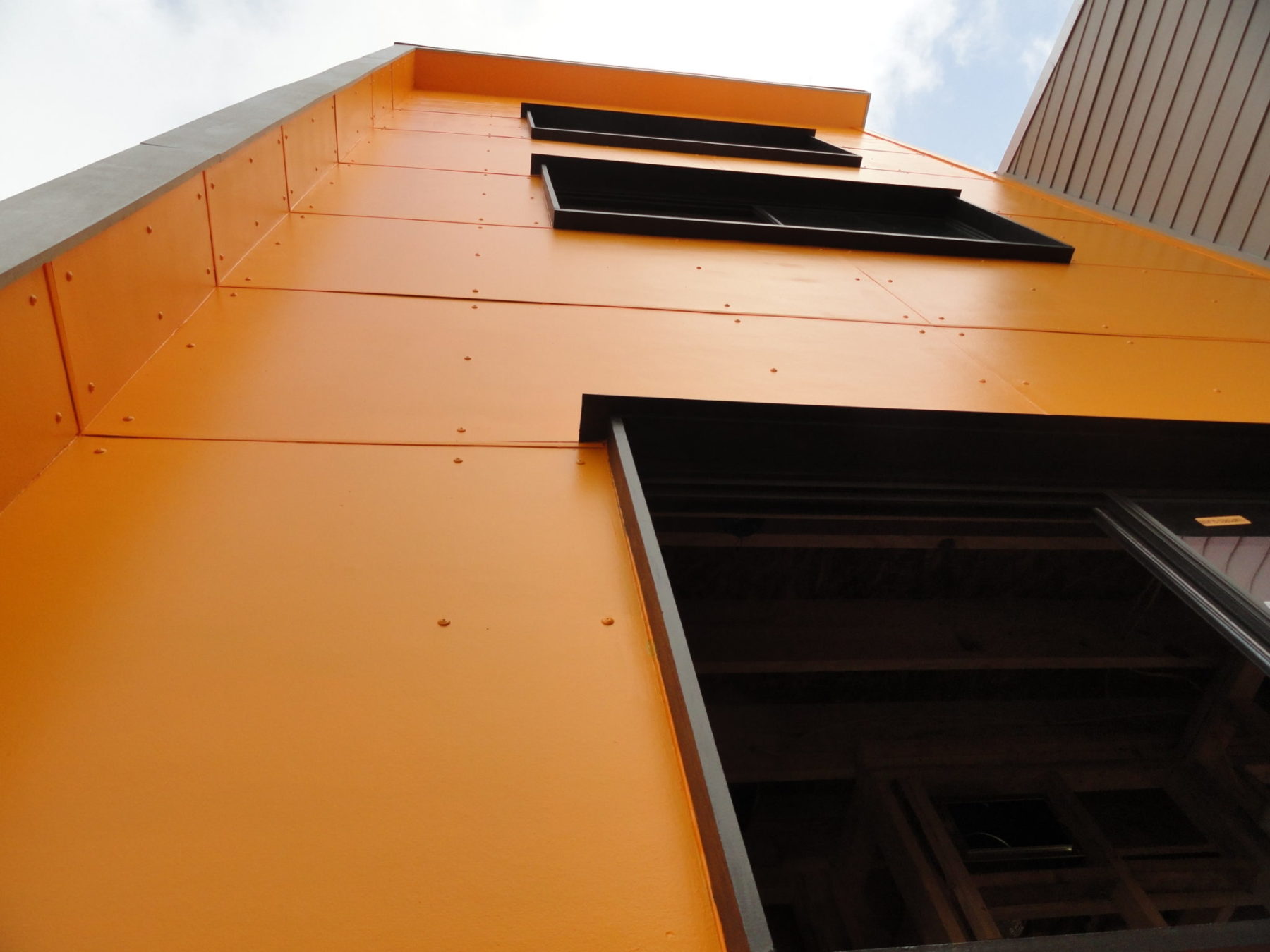 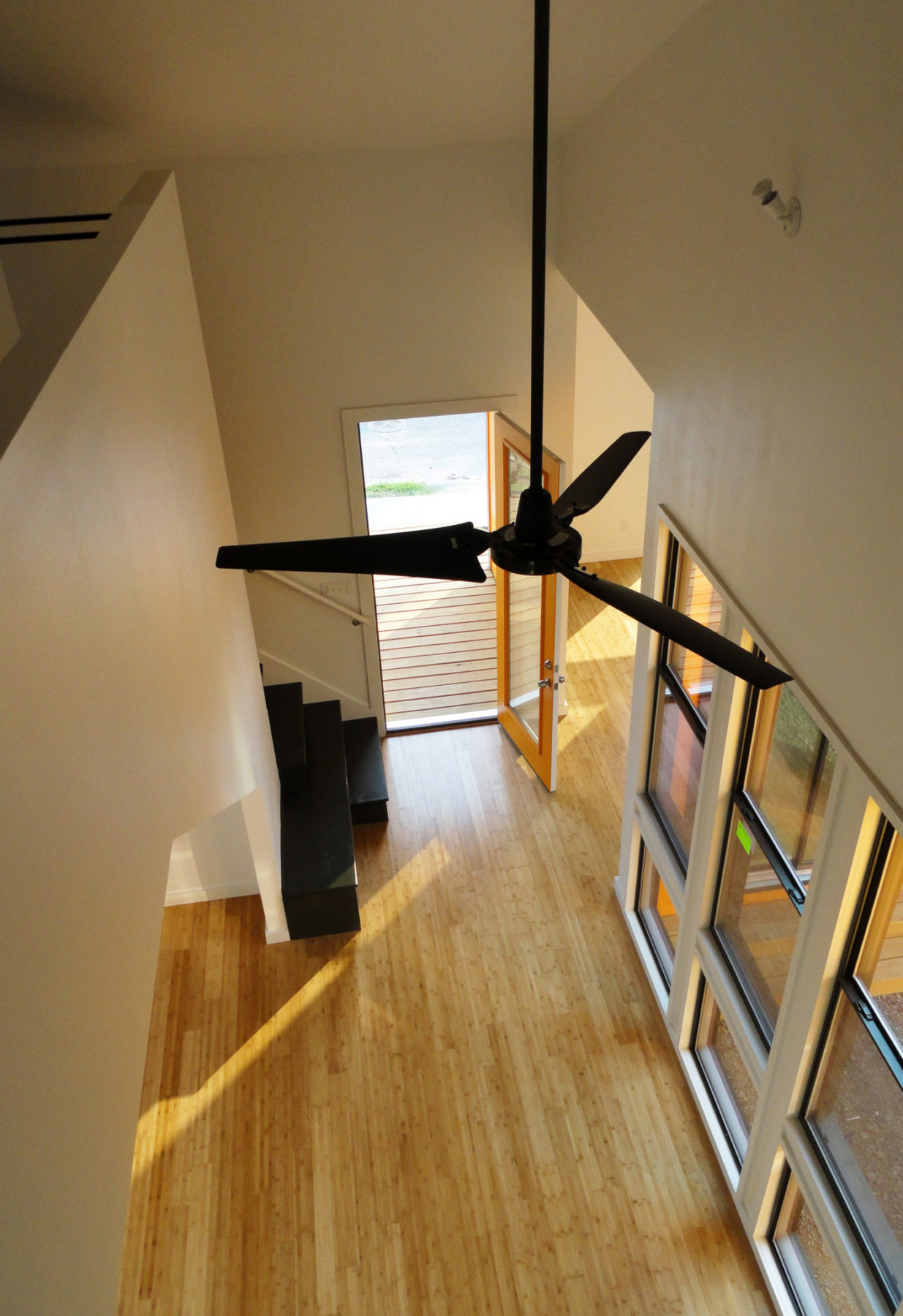 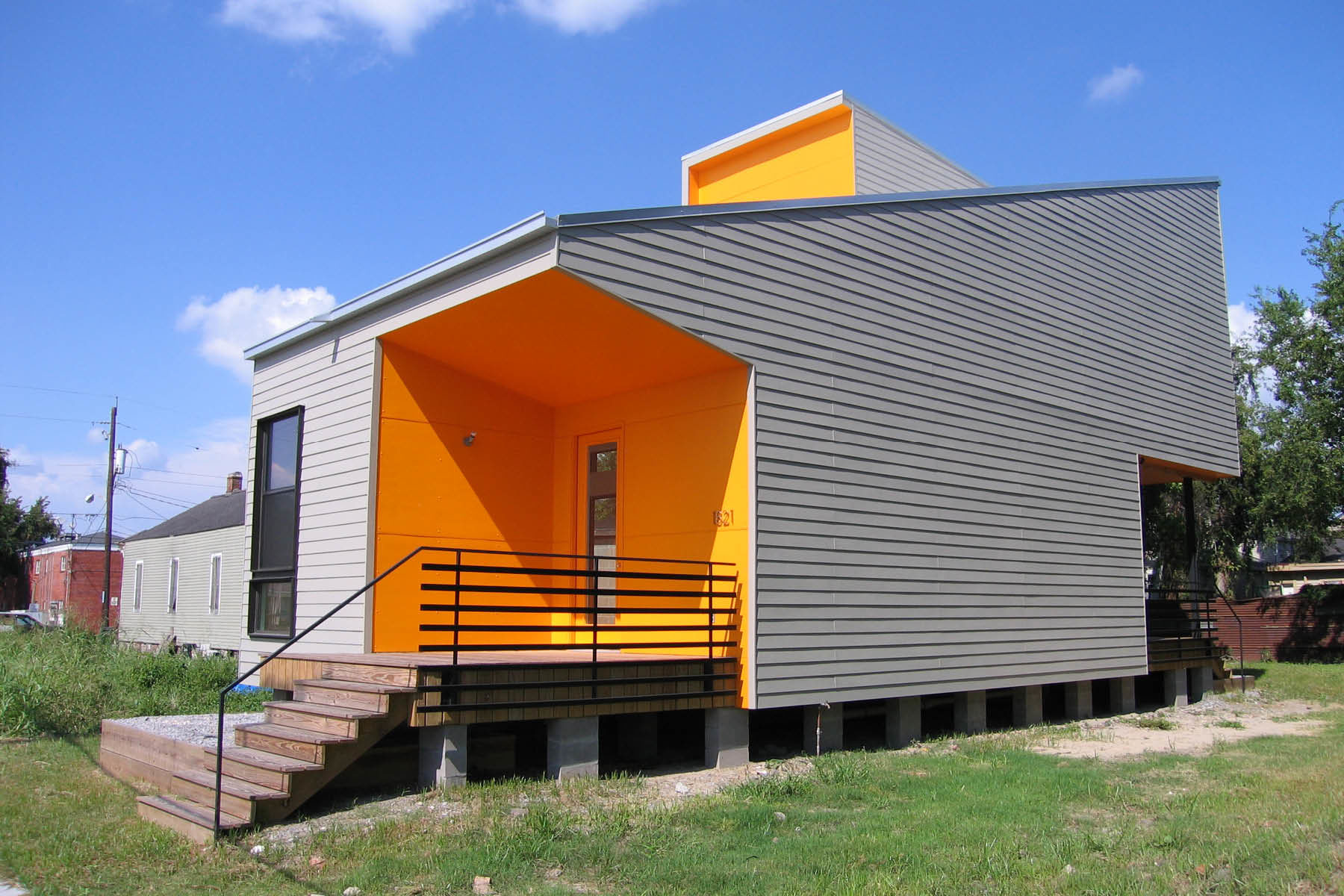 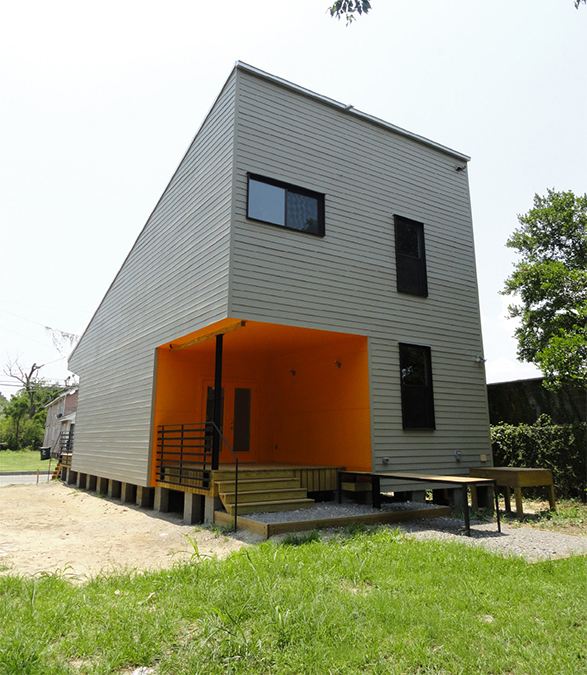 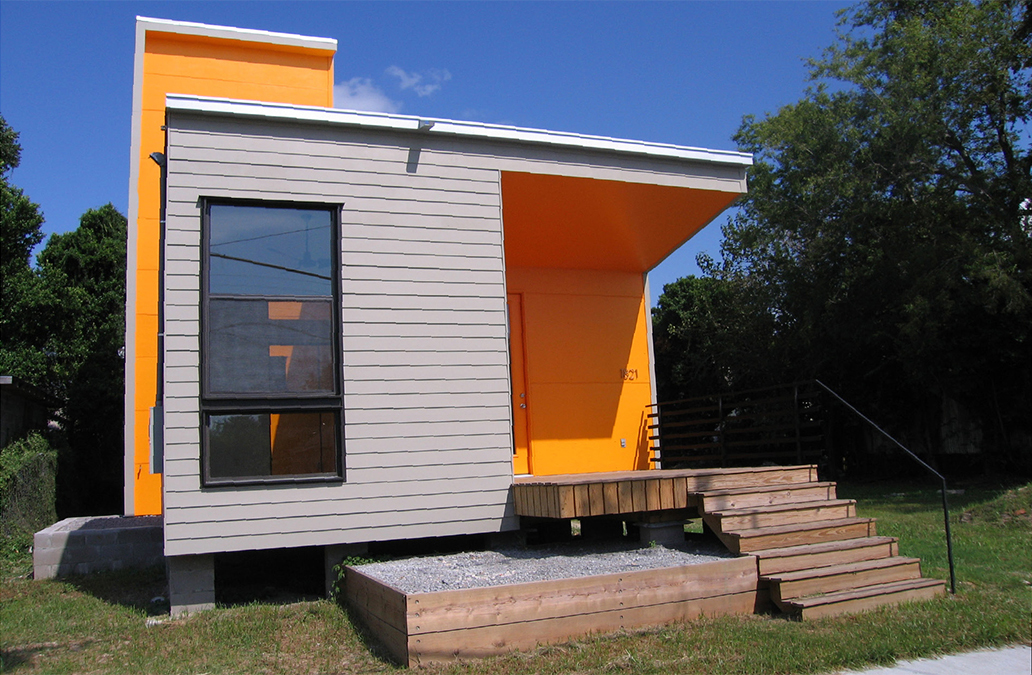 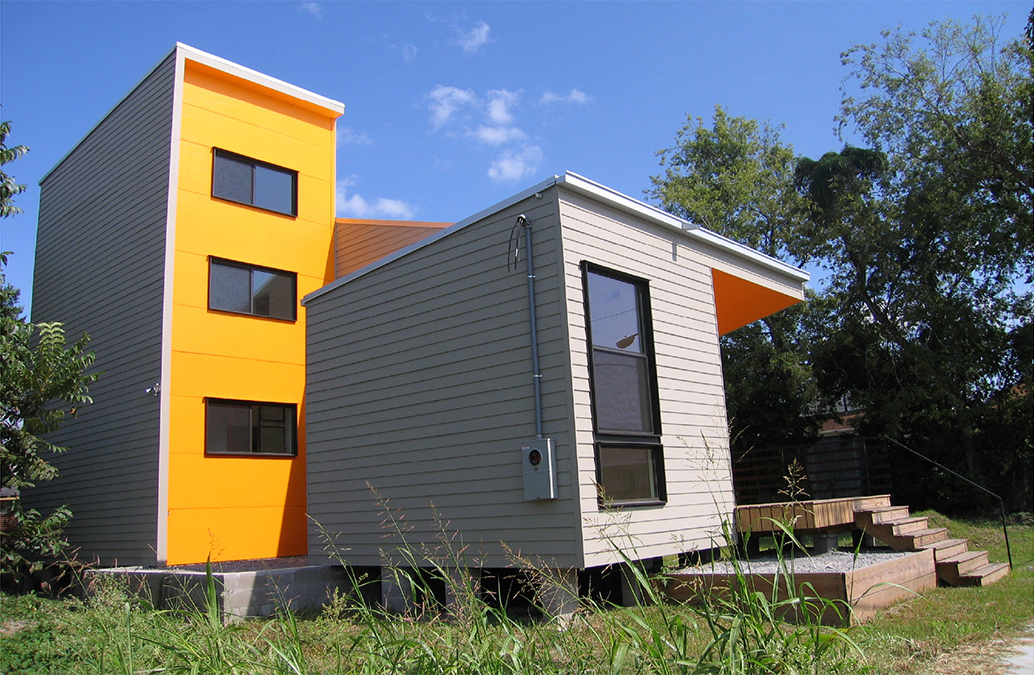