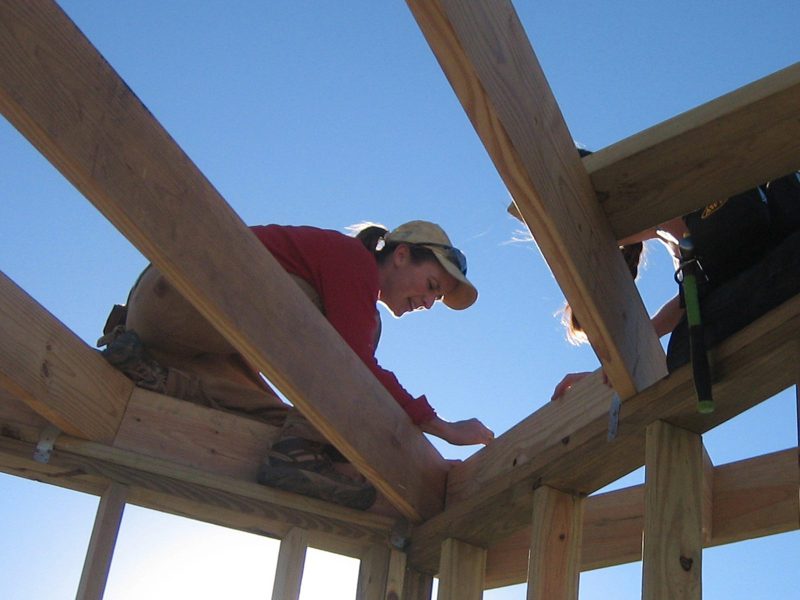 I was part of the class of graduate students who founded URBANbuild in the summer of 2005. We were looking around at other schools of architecture and their programs, particularly Auburn’s Rural Studio, and we got this idea that we wanted our work at Tulane to transcend paper projects. We were looking for a way to create an experience where we could learn the things we weren’t getting in the classroom (like how a building is actually built) while at the same time capturing some of our energy and optimism and belief that design could change the world, and using those things to produce something that could make a difference in someone’s life. Luckily, at that same time, Doug Harmon, who was a visiting professor then, was also interested in design/build as a tool for architectural education and community engagement. For a year, our graduate class worked with Doug to produce a document outlining how other schools did design/build, and how we could set up a program in terms of financing, liability, semester structure, etc. Doug reached out to Neighborhood Housing Services and set up a relationship with them wherein they would supply a lot in Central City, a program (a 3 bedroom, 2 bath house) and give us the amount of money they spent on one of their typical affordable housing prototypes. In exchange, we would engage the community and come up with several design ideas, which would be voted on, developed through construction documents, and be built by us students, along with subcontractors for work like mechanical, electric, and plumbing that required licensing. The dean of TSA at the time, Reed Kroloff, allowed us to proceed with the plan, although it seemed that he was hoping this would be a one-off endeavor by our grad class, an experiment worth allowing.

We named the program URBANbuild, which was a derivative of Rural Studio, the program we kind of idolized, and we hung a sign above our studio that, instead of “Proceed and be Bold” read: “Go, and be competent.” It was our silly way of acknowledging what inspired us but also making fun of our own abilities. I remember that we were also amused that the program name, Tulane URBANbuild, could be shortened to TUB, which seemed appropriate in our below sea-level city which is often described as a bathtub. That first URBANbuild studio happened in the summer of 2005, and we were preparing to break ground on a house at the corner of 7th and Daneel on August 29th, 2005. That happened to be the day the storm hit, so that housing prototype (The Holy Ghost House, named after the school down the street), was never built.

However, in the wake of the storm, using that program idea and the work that had been done, then assistant dean Ila Berman wrote a grant to HUD to fund the full launch of Tulane

URBANbuild as we now know it. Byron became the director of the program, which proved to be a great move given his design talent, local knowledge of materials, subcontractors, fabricators, etc., and his ability to lead and execute a high-quality project on a tight timeline.

I was a student in that first Byron studio and worked on the design of Prototype 01. I was paired with Seth Welty, and the site we were given by Neighborhood Housing Services was in the 7th ward, on Dumaine Street. That studio took place in the spring of 2006 as the university was returning from the storm. I graduated in May of 2006 and stuck around to work as project manager for that first house, which we built during the very hot and very “wild west” times of post-Katrina New Orleans.

After that, I continued on as project manager for the first 4 houses, working on site alongside Byron and Sam each day and tracking the budget, orders, and other administrative stuff back in the office. Byron and Sam have really built up this program into what it is today–one of the most high quality and consistent design/build programs in higher education. To me, URBANbuild is the improbable realization of a crazy idea cooked up by a few earnest students, supported and directed by some amazing faculty and administrators, in partnership with a very forward thinking non-profit partner. It is a program with real educational impacts which exhibits the value of design in some of our more under-served communities. I think we (students, staff, and faculty) have more to learn from the community than we have to teach them;; having said that, I do think one of the values of a program like URBANbuild beyond the educational experience for students is that we are able to insert new design ideas into the rich context of our urban fabric, and in doing so, we are able to suggest new futures of dwelling–houses that are more sustainable, efficient, resilient, and affordable. 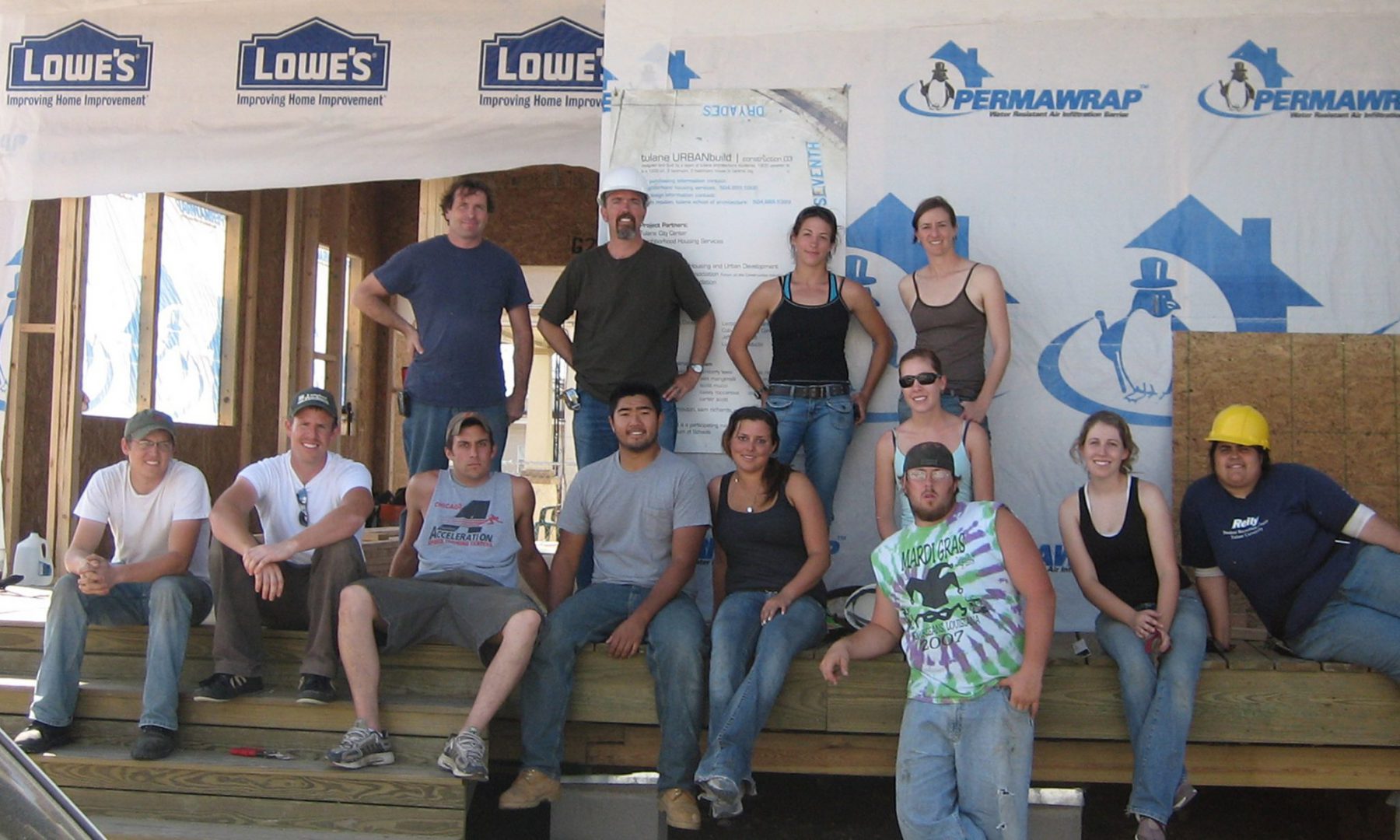 To me, URBANbuild is the improbable realization of a crazy idea cooked up by a few earnest students, supported and directed by some amazing faculty and administrators, in partnership with a very forward thinking non-profit partner.